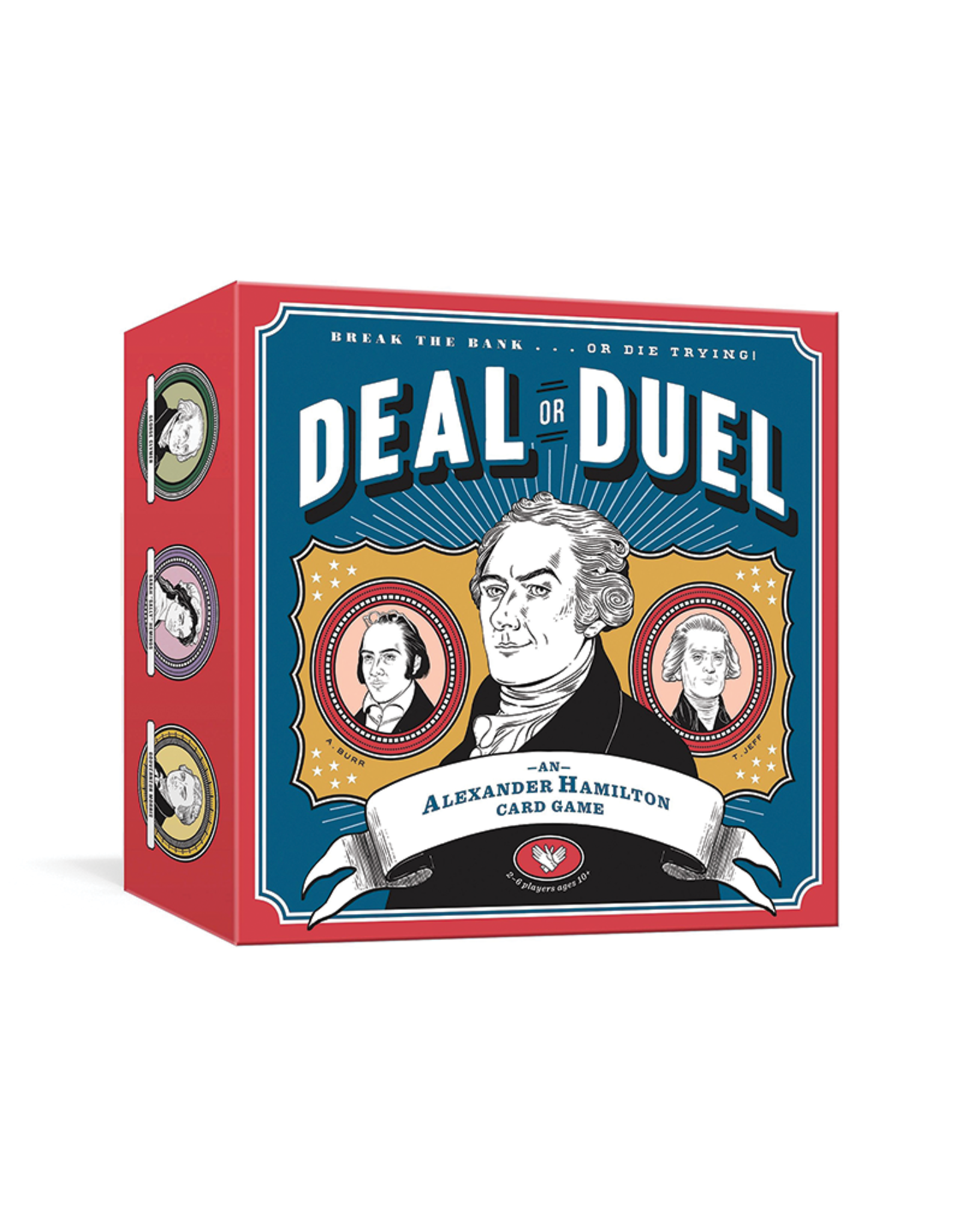 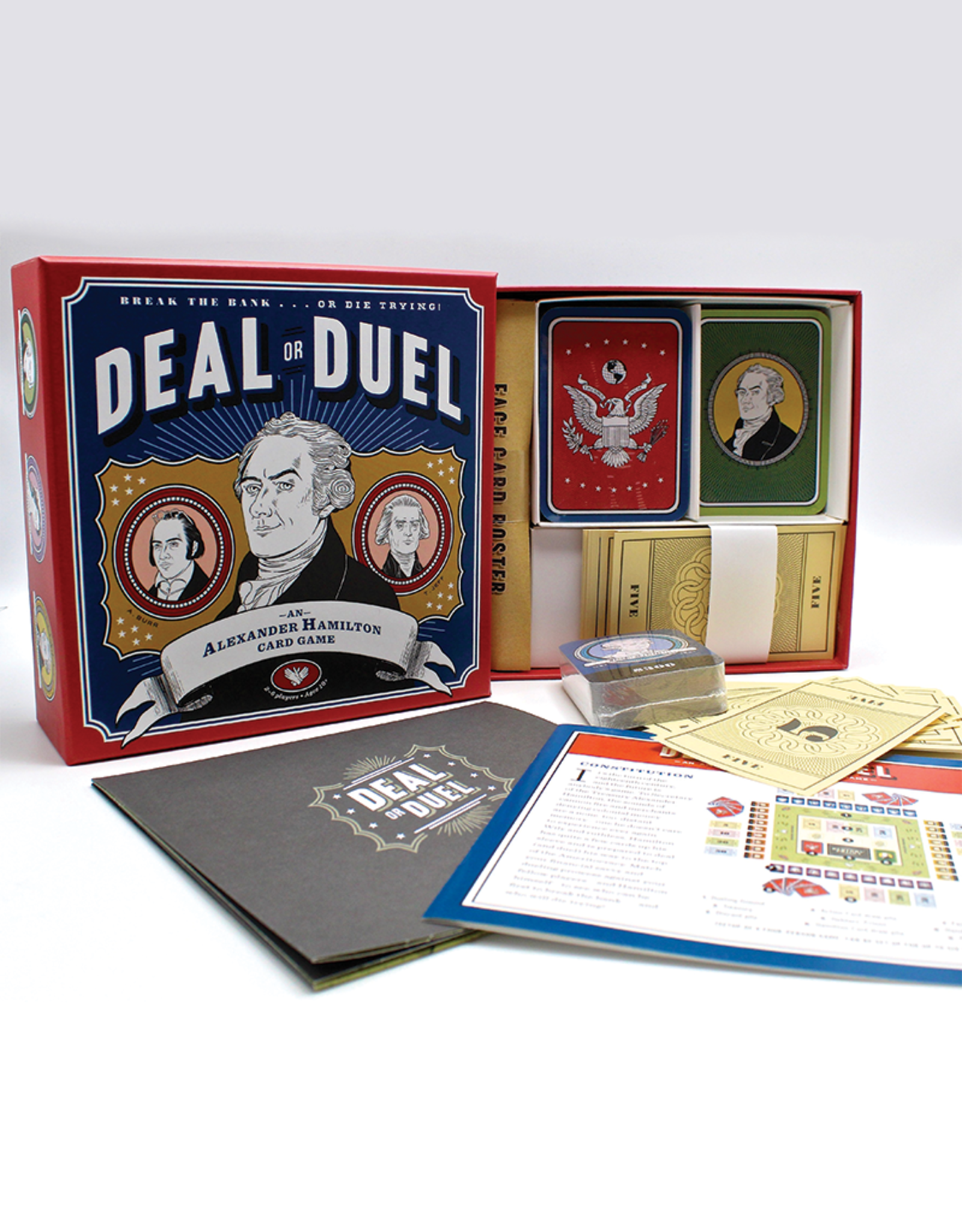 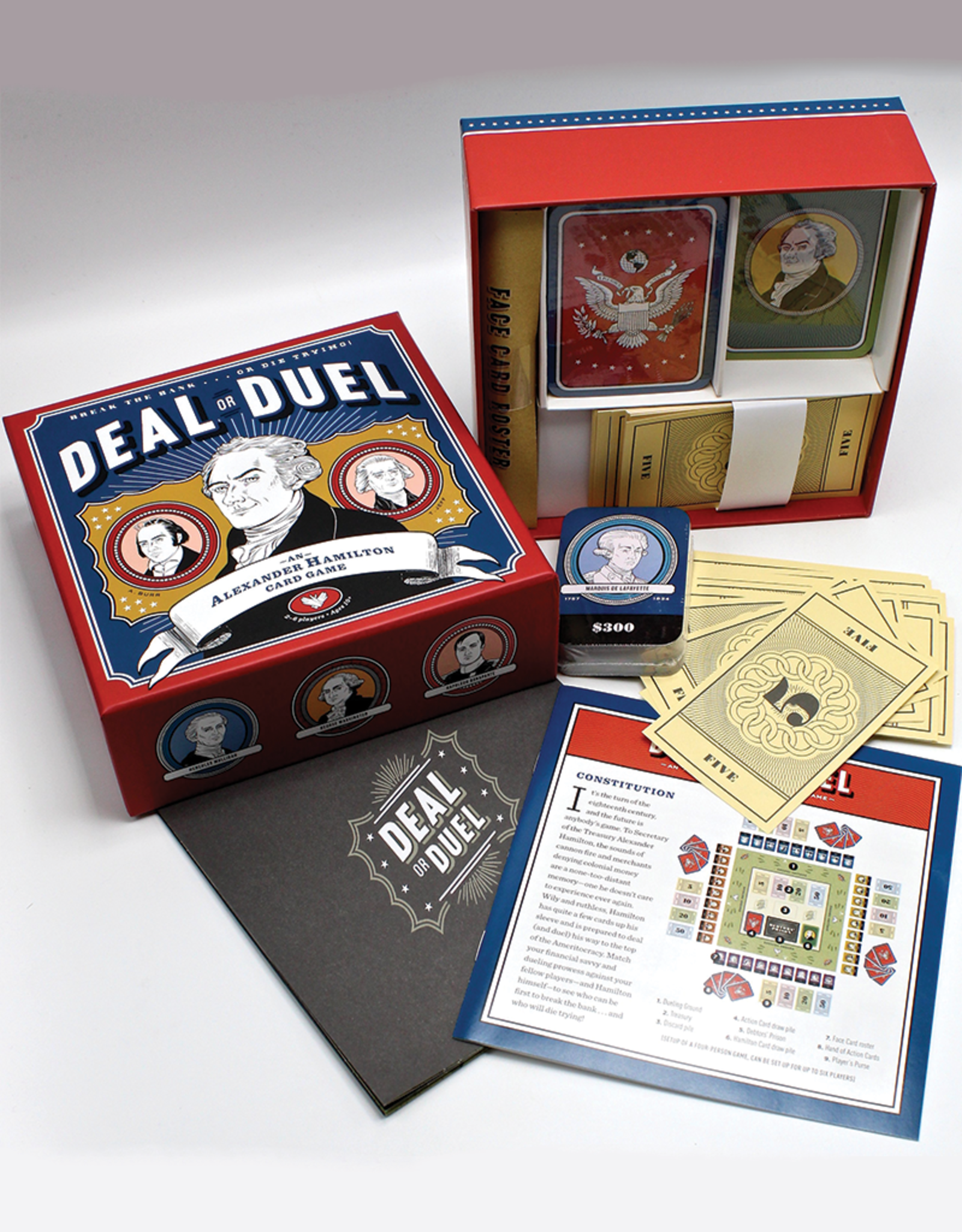 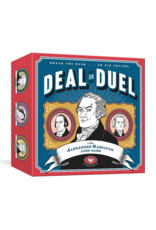 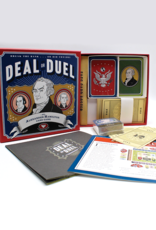 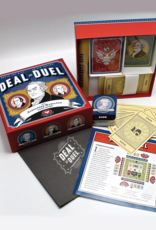 In the face of the political instability and financial turmoil of the American Revolution, only one individual always came out on top: Alexander Hamilton. Pit your survival instincts and spending savvy against all the founding fathers (and mothers) in this historic action card game whose simple objective is as old as Ameritocracy itself: get all the money or die trying.

For fans of the Pulitzer Prize-winning Broadway musical Hamilton, American history, and the ten-dollar bill, Deal of Duel does for the American Revolution what Oregon Trail did for manifest destiny: makes learning history fun.

Featuring a stunning art program, the game comes in a box equipped with three decks of cards, $3,500 in fake colonial bills, and a scroll. Players win either by accruing $1000 or by being the last man standing, which they accomplish by dueling each other. The main opponent players will be facing, however, is Alexander Hamilton himself, who changes the rules of the game with every turn. Easy to learn and enjoy, Deal or Duel creates a fun space in which players can learn about the American revolution and historical figures from Marquis de Lafayette to Betsy Ross.