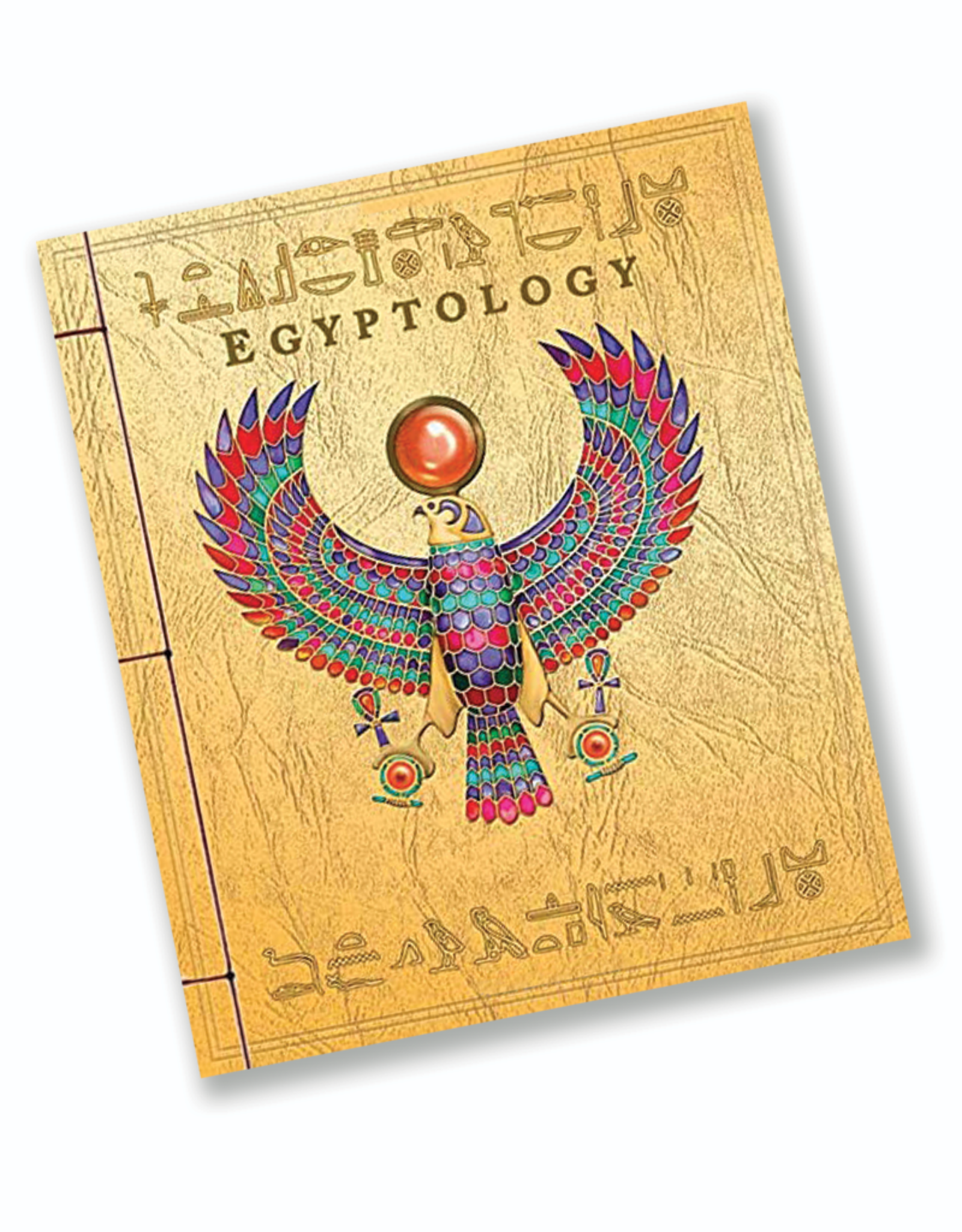 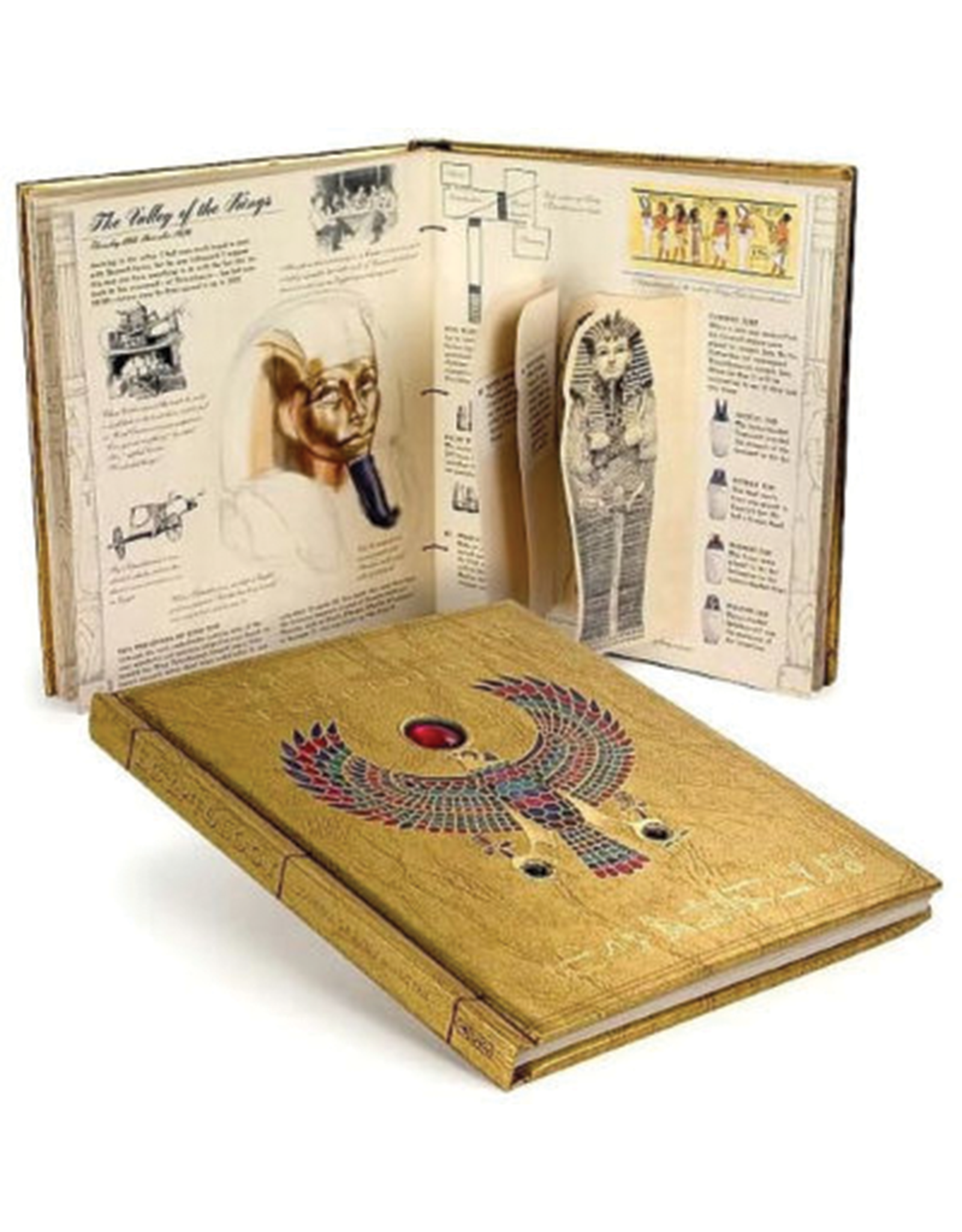 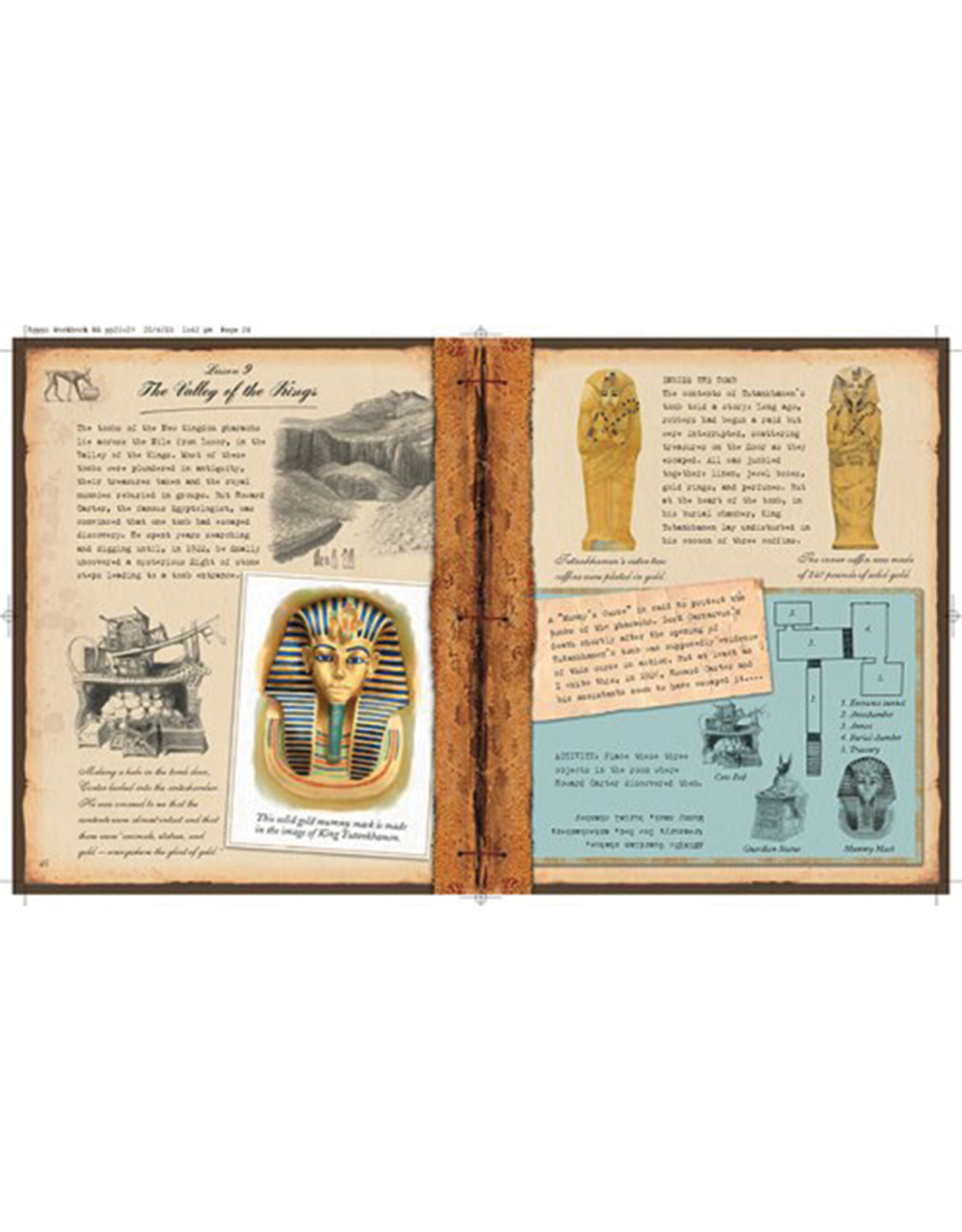 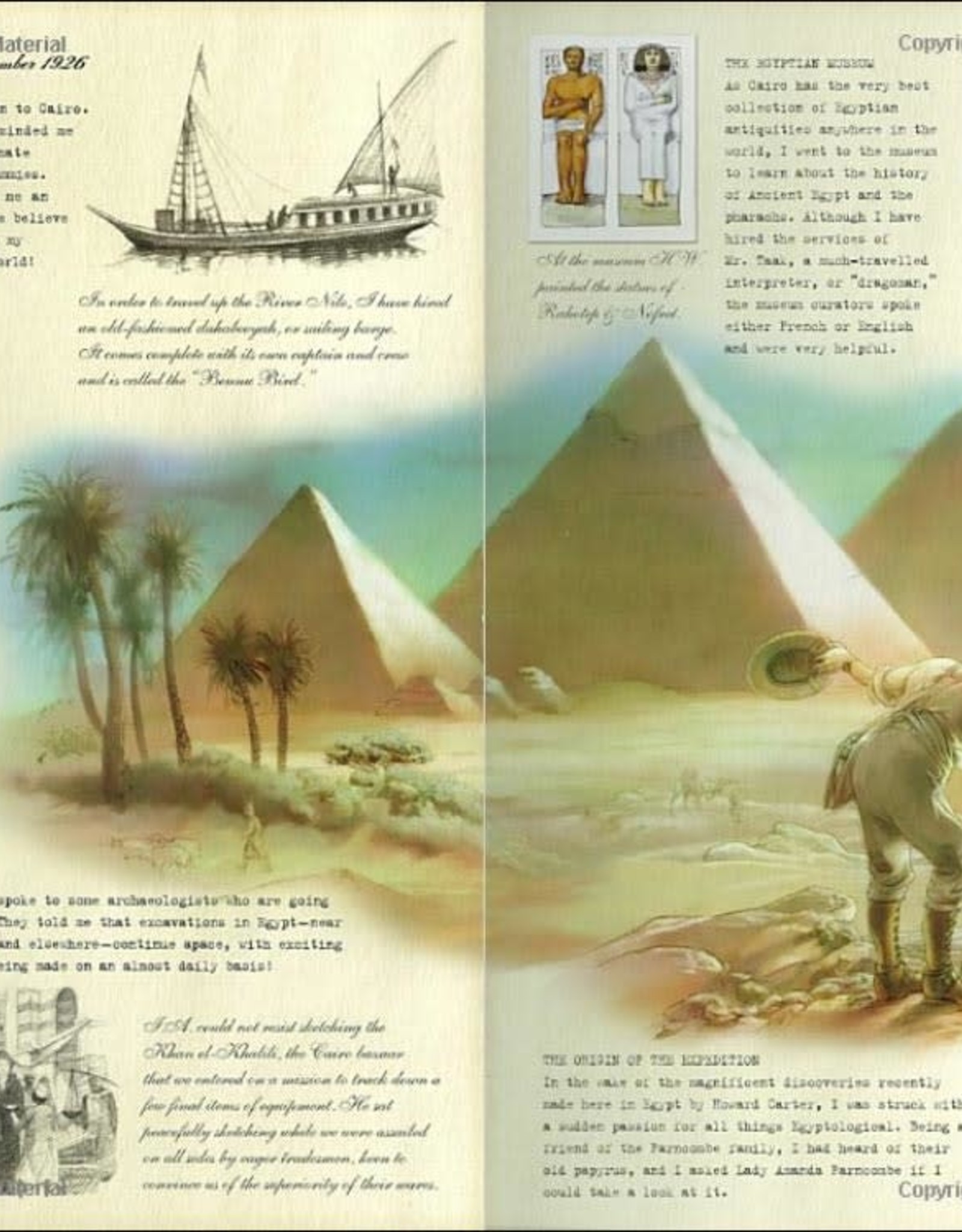 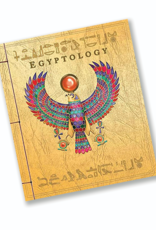 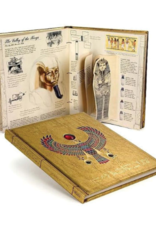 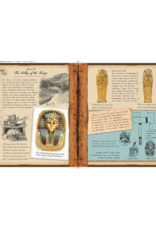 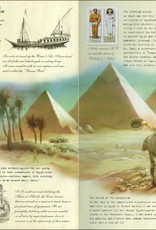 Discover the wonders of ancient Egypt through a fascinating journal from a lost expedition — a treasure trove of fact and fantasy featuring a novelty element on every spread.

Who can resist the allure of ancient Egypt — and the thrill of uncovering mysteries that have lain hidden for thousands of years? Not the feisty Miss Emily Sands, who in 1926, four years after the discovery of King Tut's tomb, led an expedition up the Nile in search of the tomb of the god Osiris. Alas, Miss Sands and crew soon vanished into the desert, never to be seen again. But luckily, her keen observations live on in the form of a lovingly kept journal, full of drawings, photographs, booklets, foldout maps, postcards, and many other intriguing samples.

Rich with information about life in ancient Egypt and peppered with Miss Sands's lively narration, Egyptology concludes with a letter from the former Keeper of Antiquities at the British Museum, explaining which parts of this unique tale may be accepted as fact, which are guided by legend, and which reflect the author's delightful sense of fancy.

Mythology is cleverly written by Dugald Steer, though it is written as a "travel journal" of the fictional Emily Sands. Mr. Steer is an editor and writer of children's books. He lives in England. 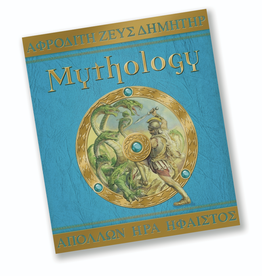 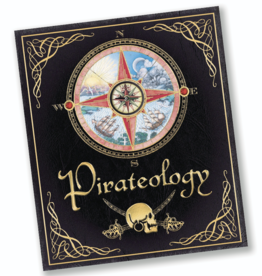 Mysterious booty found inside a long-lost sea chest, hidden for hundreds of years off the coast of Newfoundland, has just been uncovered for your enjoyment. Within these covers is the fascinating eighteenth-century journal of Captain William Lubber, an ea
Add to cart
Pirateology (Ology Series)
$24.99 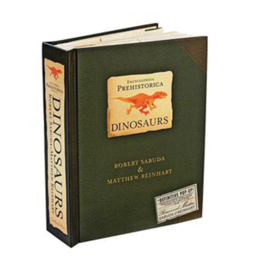