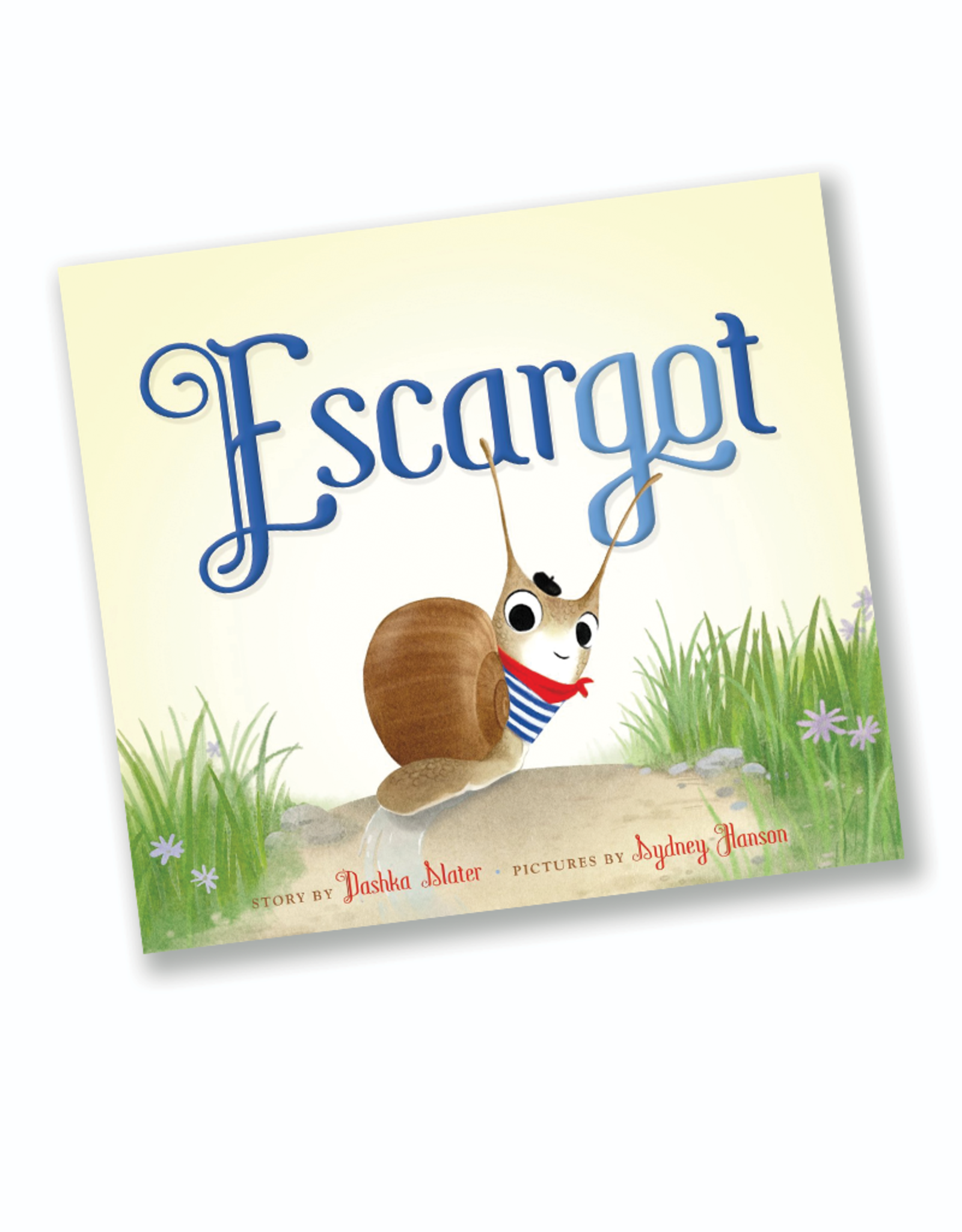 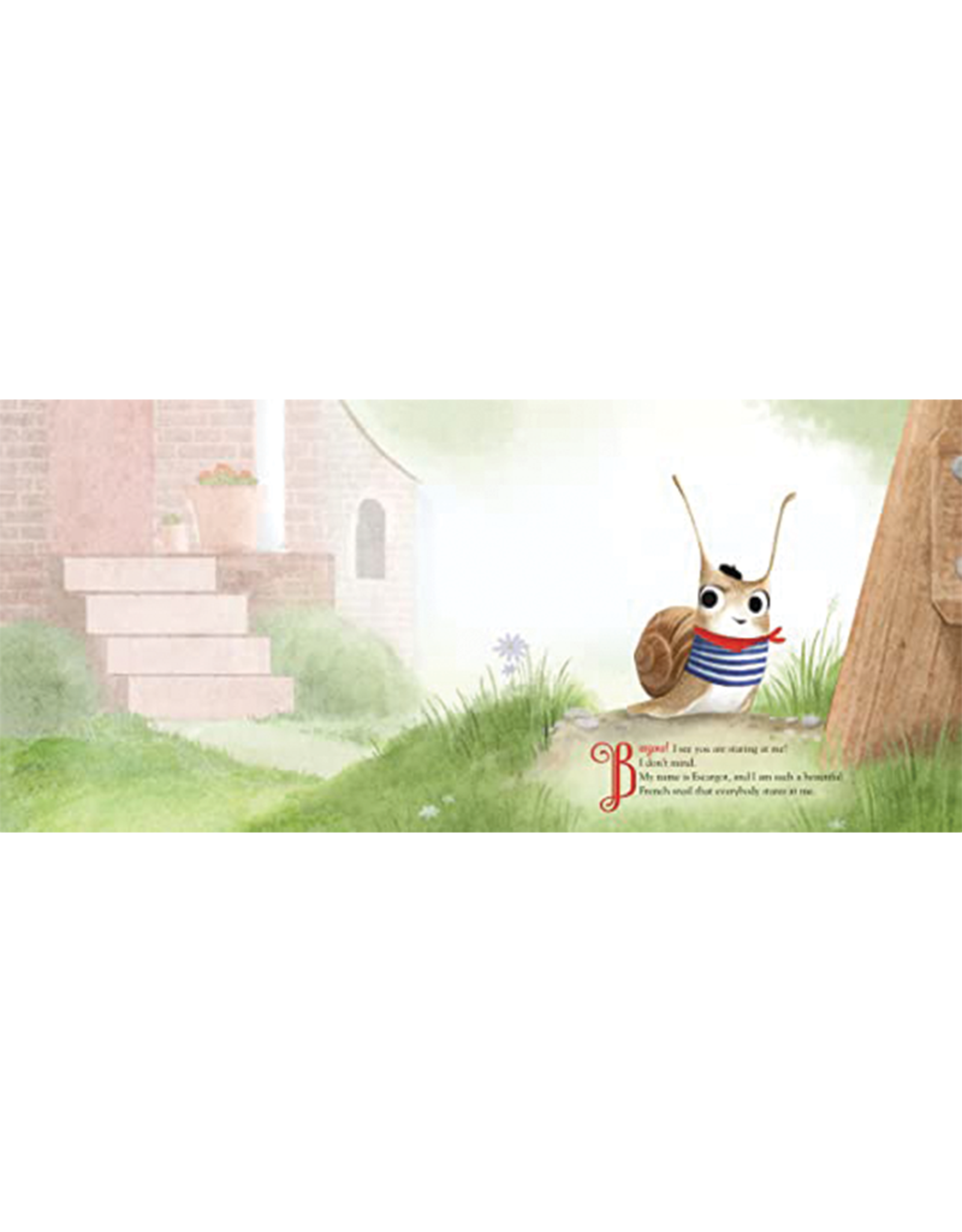 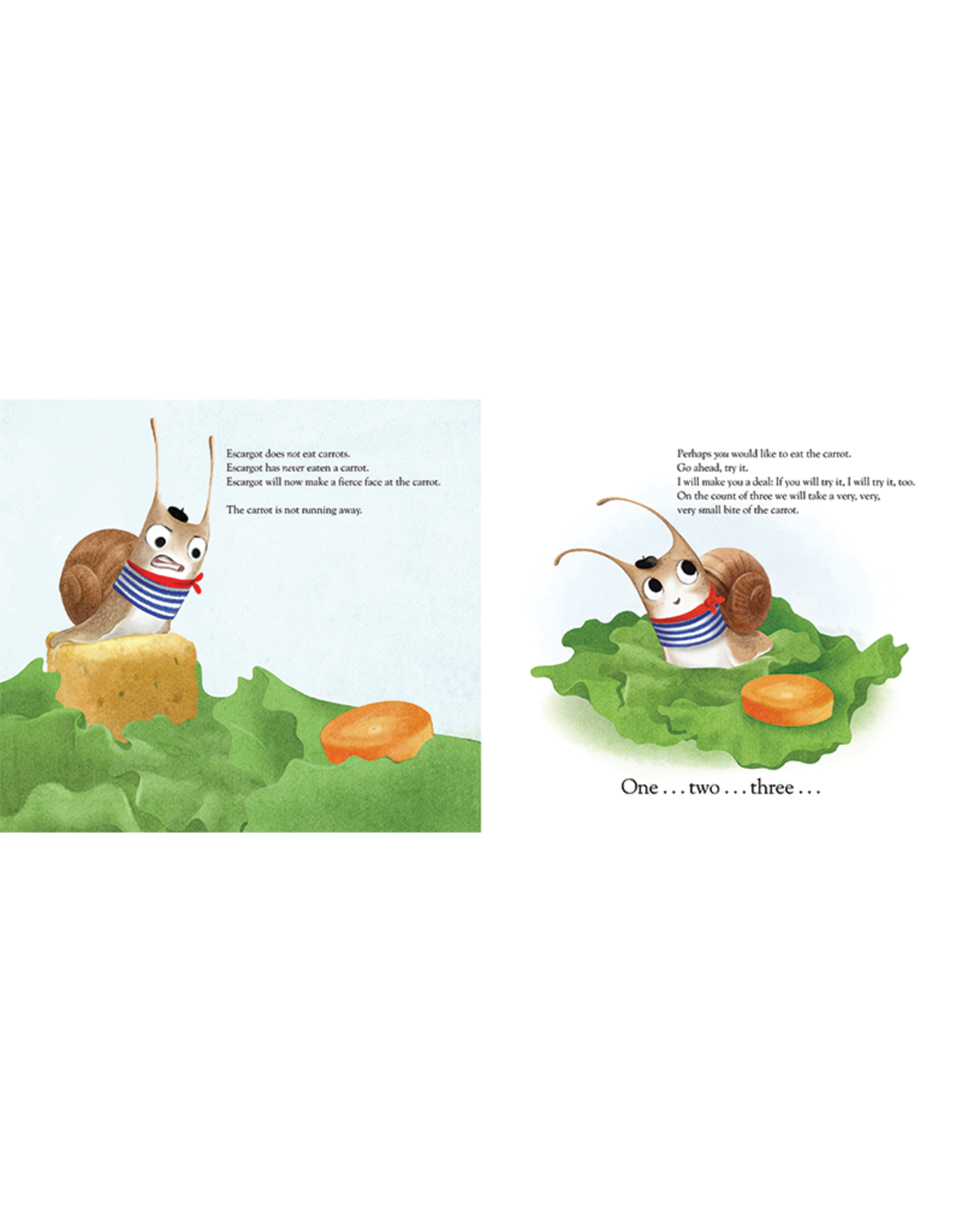 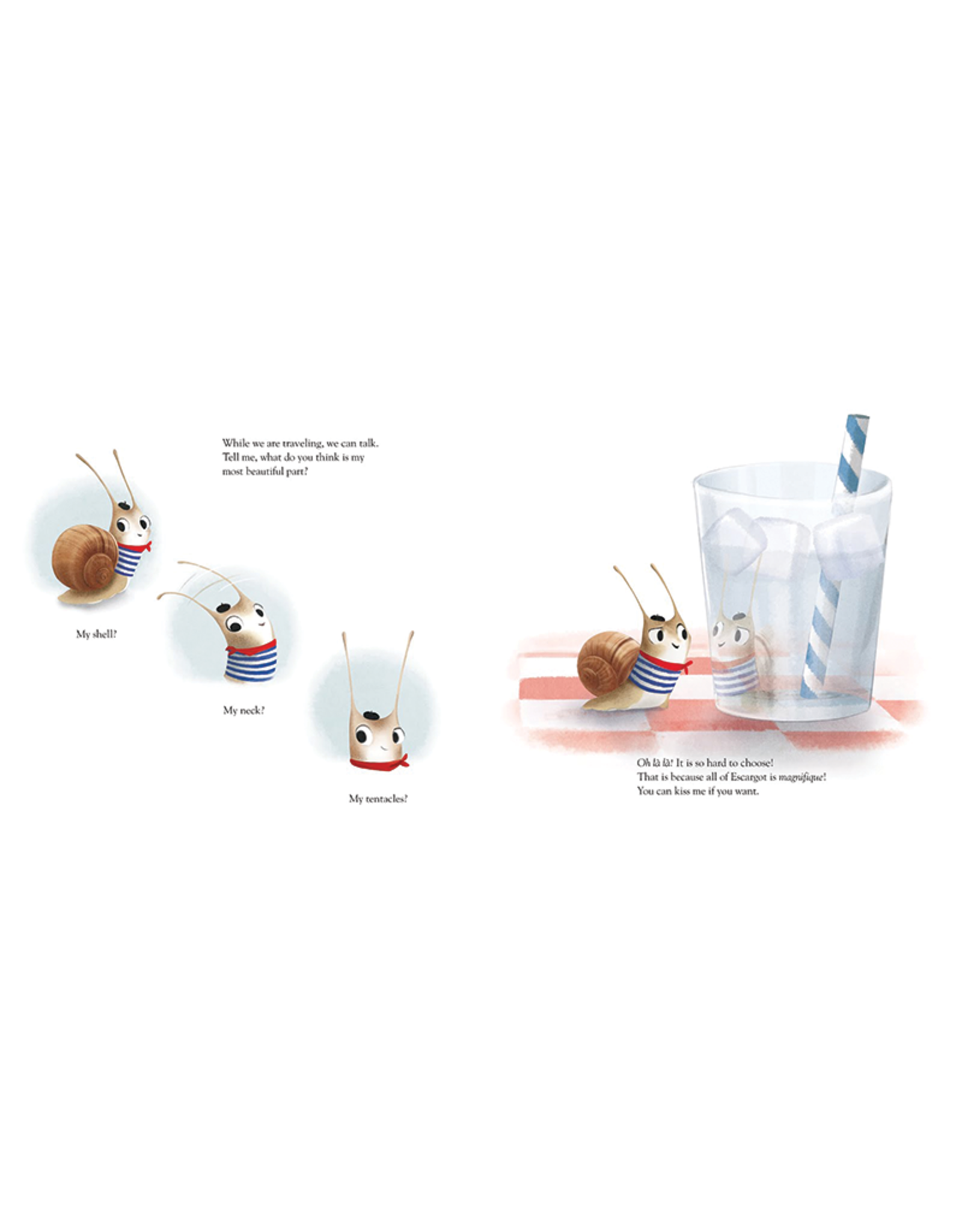 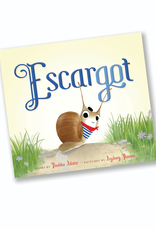 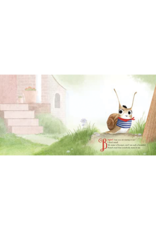 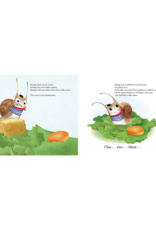 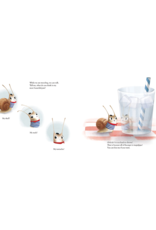 Bonjour! Escargot is a beautiful French snail who wants only two things:

1. To be your favorite animal.
2. To get to the delicious salad at the end of the book.

But when he gets to the salad, he discovers that there's a carrot in it. And Escargot hates carrots. But when he finally tries one―with a little help from you!―he discovers that it's not so bad after all! A charming and interactive picture book ideal for picky eaters and animal lovers alike.

Winner of the following:

Dashka Slater, author, is the New York Times-bestselling author of The 57 Bus which also won the Stonewall Book Award and was a YALSA finalist. She has also written many other books, including Escargot which won the Wanda Gag Book Award, Baby Shoes, The Antlered Ship, which was a Junior Library Guild Selection and received four starred reviews, and Dangerously Ever After. She lives in California.

Sydney Hanson, illustrator, was raised in Minnesota alongside numerous pets and brothers. She has worked for several animation shops, including Nickelodeon and Disney Interactive. She lives in California.