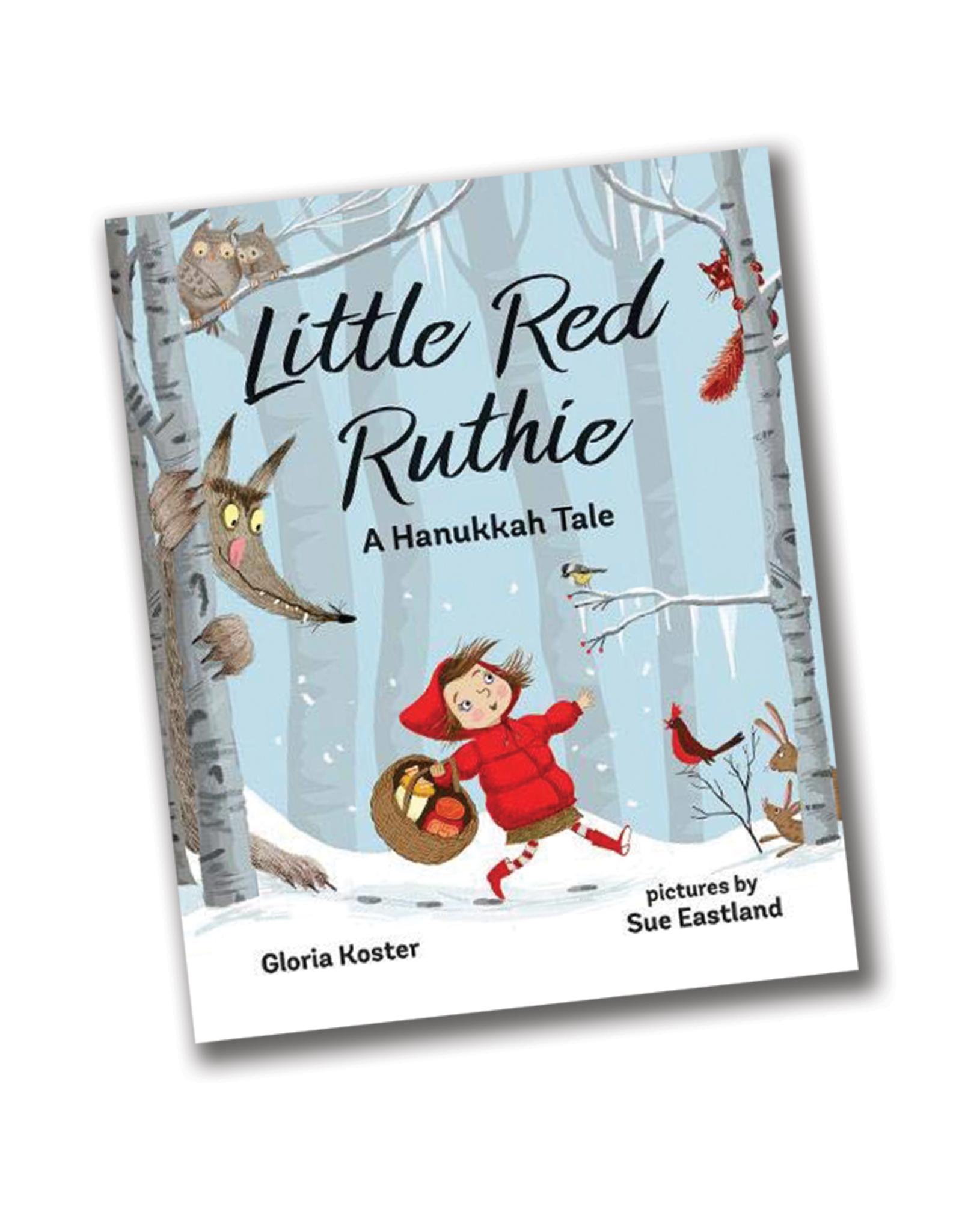 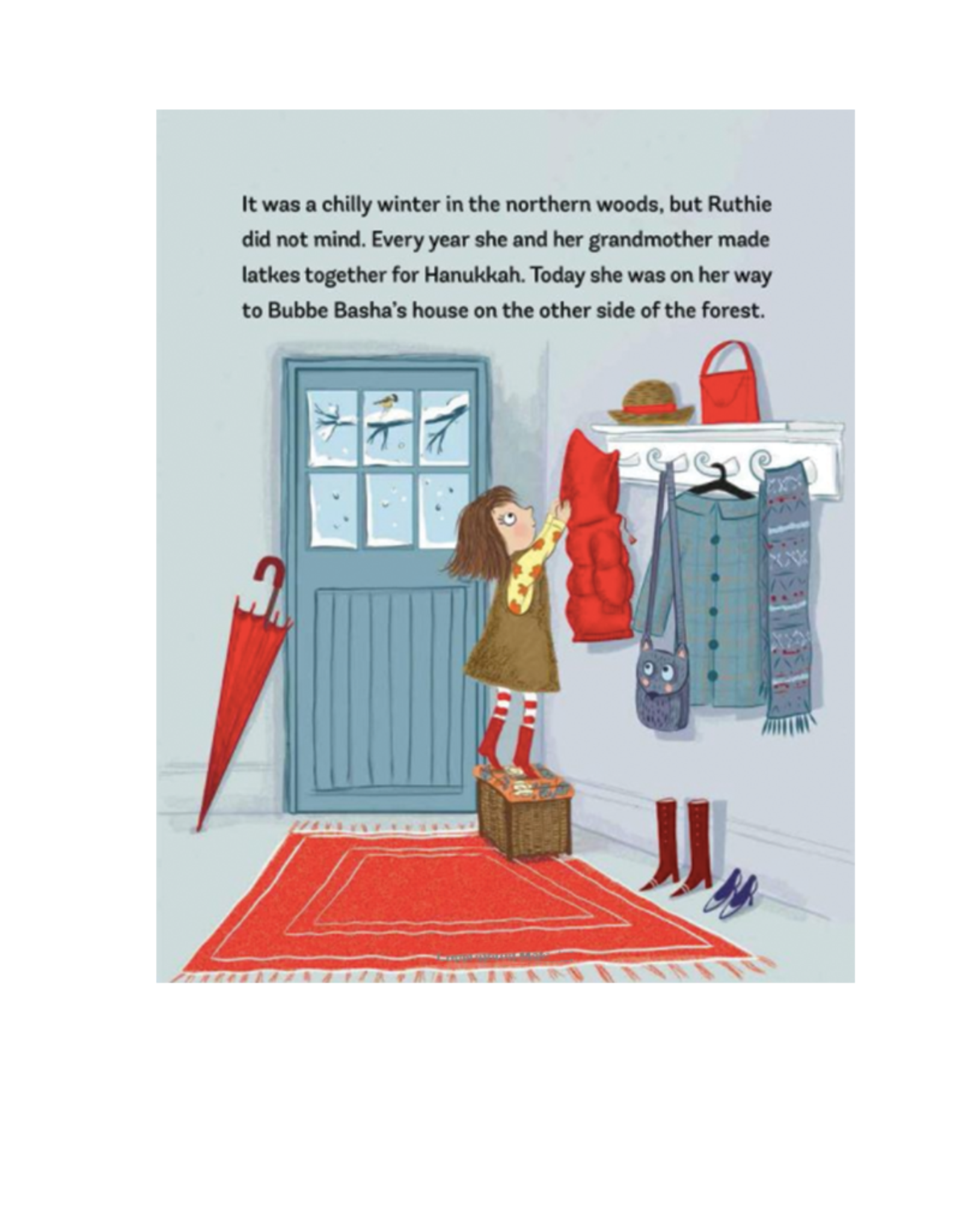 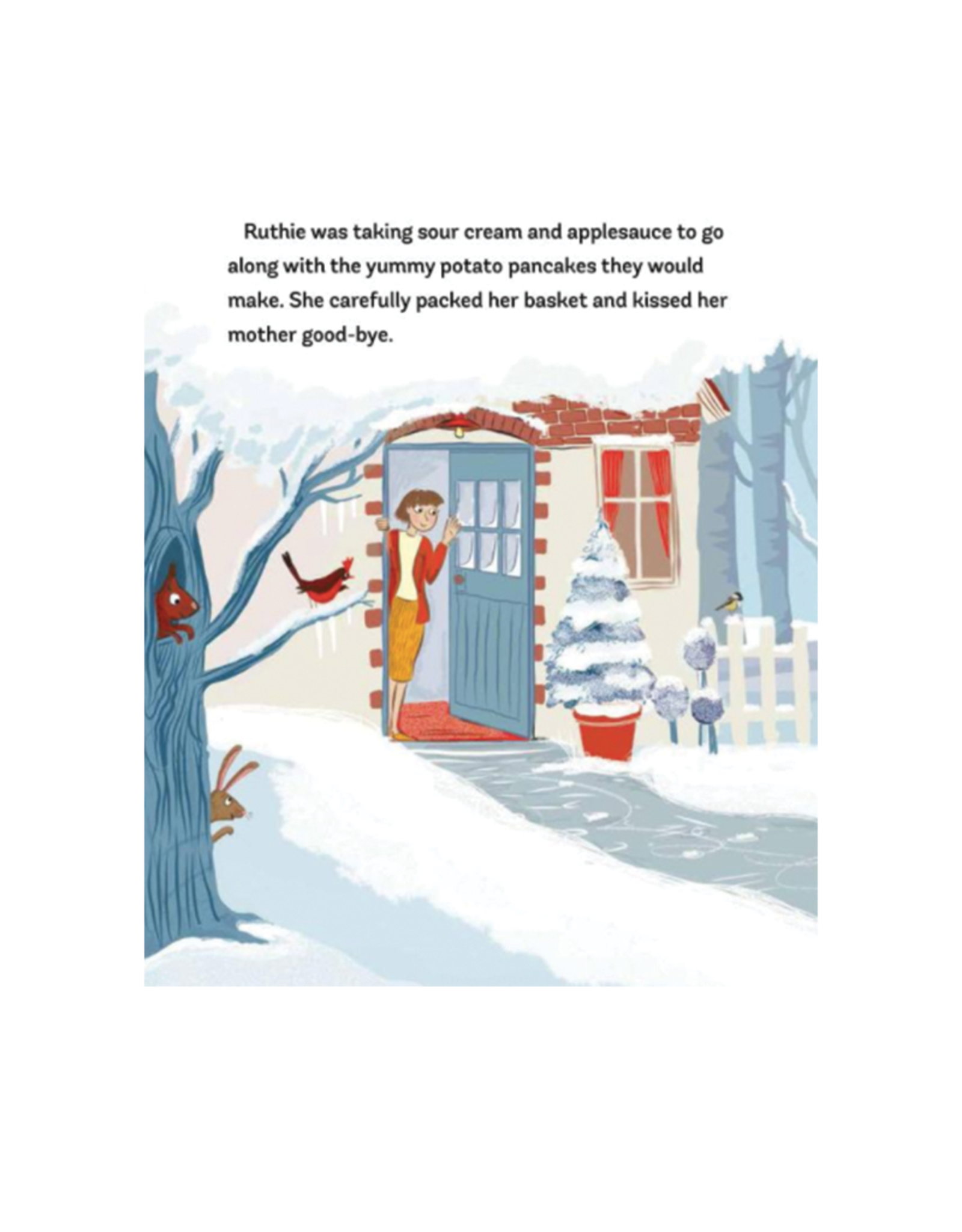 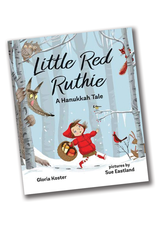 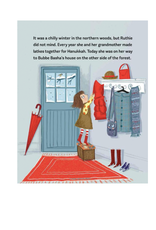 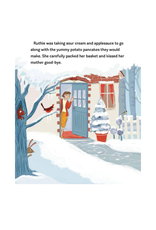 Little Red Ruthie is an amusing twist on "Little Red Riding Hood" with a bit of "The Chanukah Guest" thrown in.

Lit­tle Red Ruthie is head­ed through the for­est to her Bubbe Basha’s for the first night of Hanukkah when, sud­den­ly, a hun­gry wolf appears and threat­ens to eat her up!

It was a chilly winter in the northern woods, but Ruthie did not mind. Dressed in her favorite puffy red coat, she was going to spend Hanukkah with her grandmother, who lived on the other side of the forest. Ruthie was bringing sour cream and applesauce to go along with the yummy latkes. She carefully packed her basket and kissed her mother good-bye. Snow began to fall. Soon Ruthie was lost in a thicket, and she was not alone. Someone was hiding behind the tree, and when he jumped out, Ruthie found herself face to face with a wolf. Ruthie will have to convince the wolf that eating latkes will be tastier than eating her!

Gloria Koster is an elementary school librarian. It is there where she gets her ideas for her stories. She lives in New York with her family.

Sue Eastland is a British designer, illustrator, and author. She studied graphic design at college and later earned a masters degree in spatial design at Huddersfield University. She currently lives and works in the North of England. 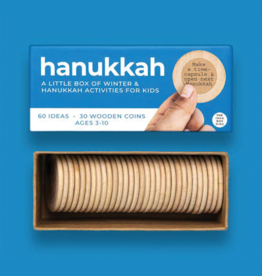 Celebrate Wintertime and the Festival of Lights! The Hanukkah Box touches on all of the special gifts wintertime and Hanukkah brings crisp days, warm drinks, and cozy, and feel-good memories.
Add to cart
Hanukkah Box for Kids
$24.99 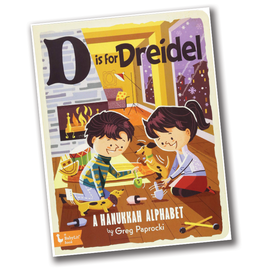 Celebrate all things Hanukkah in this A to Z primer. Introduce your little one to the Festival of Lights in this fun collection of twenty-six illustrations featuring Hanukkah-themed concepts, such as latkes, gelt, the menorah, and of course dreidels.
Add to cart
D is for Dreidel
$9.99 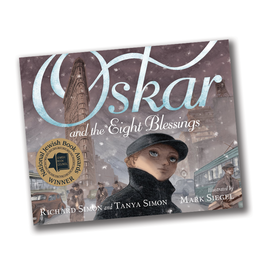 A refugee seeking sanctuary from the horrors of Kristallnacht, Oskar arrives by ship in New York City with only a photograph and an address for an aunt he has never met. It is both the seventh day of Hanukkah and Christmas Eve, 1938.
Add to cart
Oskar & the Eight Blessings
$18.99