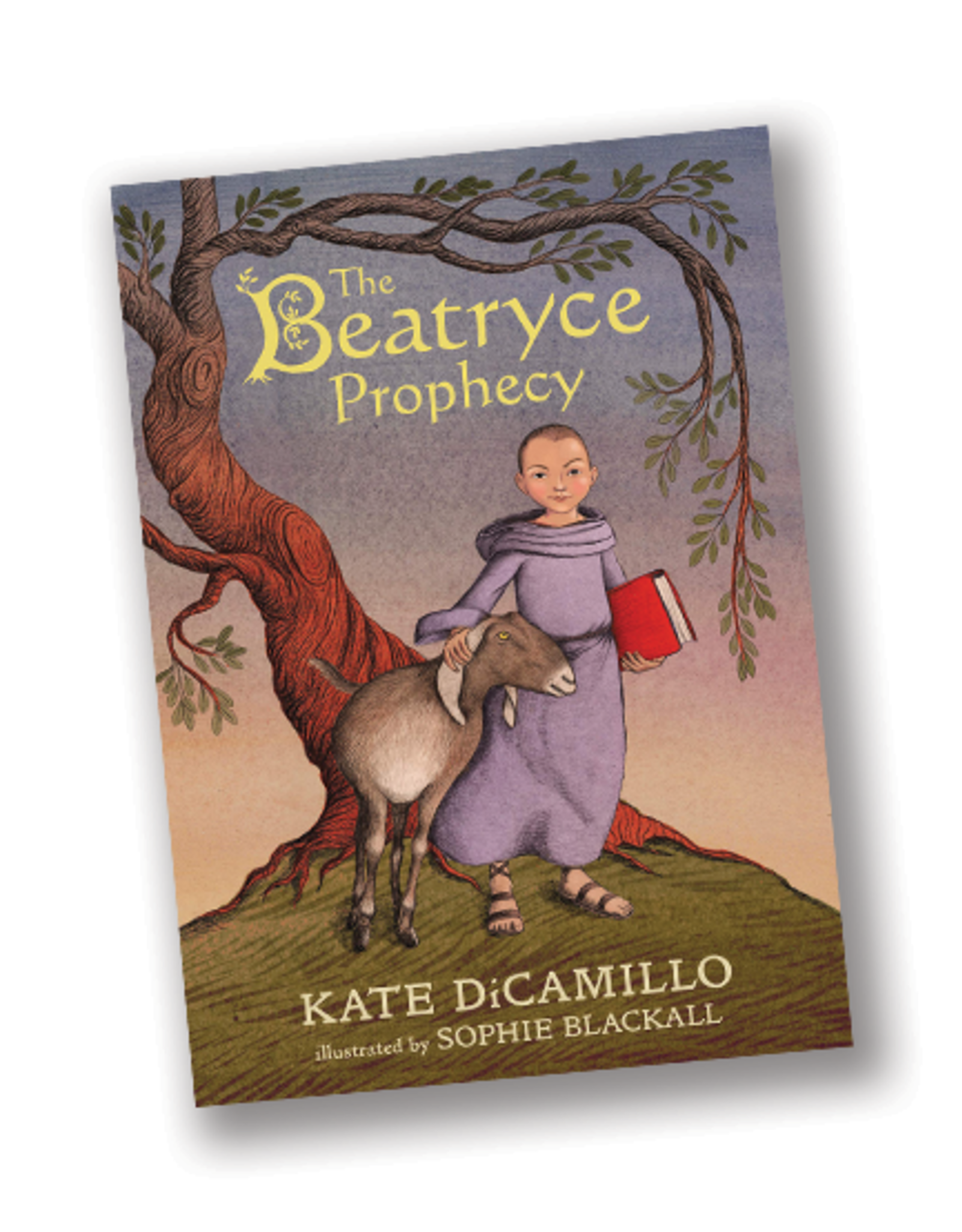 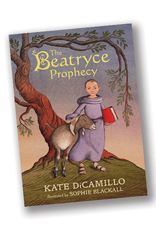 In a time of war, a mysterious child appears at the monastery of the Order of the Chronicles of Sorrowing.

Gentle Brother Edik finds the girl, Beatryce, curled in a stall, wracked with fever, coated in dirt and blood, and holding fast to the ear of Answelica the goat. As the monk nurses Beatryce to health, he uncovers her dangerous secret, one that imperils them all—for the king of the land seeks just such a girl, and Brother Edik, who penned the prophecy himself, knows why. And so it is that a girl with a head full of stories—powerful tales-within-the-tale of queens and kings, mermaids and wolves—ventures into a dark wood in search of the castle of one who wishes her dead.

But Beatryce knows that, should she lose her way, those who love her—a wild-eyed monk, a man who had once been king, a boy with a terrible sword, and a goat with a head as hard as stone—will never give up searching for her, and to know this is to know everything.

Kate DiCamillo grew up in Florida and moved to Minnesota in her twenties, when homesickness and a bitter winter led her to write Because of Winn-Dixie — her first published novel, which became a runaway bestseller and snapped up a Newbery Honor. Since then, the best-selling author has explored settings as varied as a medieval castle and a magician’s theater while continuing to enjoy great success, winning two Newbery Medals and being named National Ambassador for Young People’s Literature.