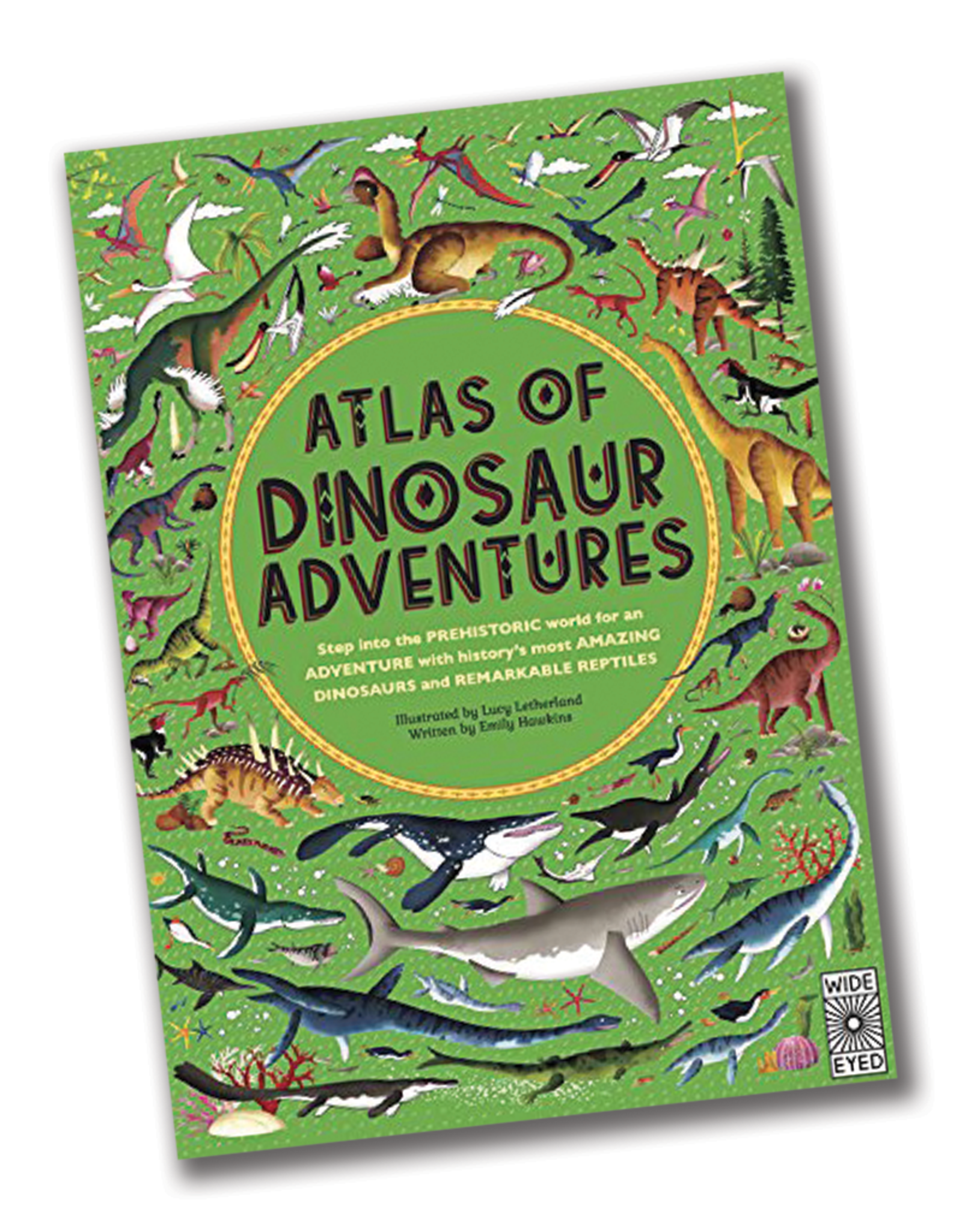 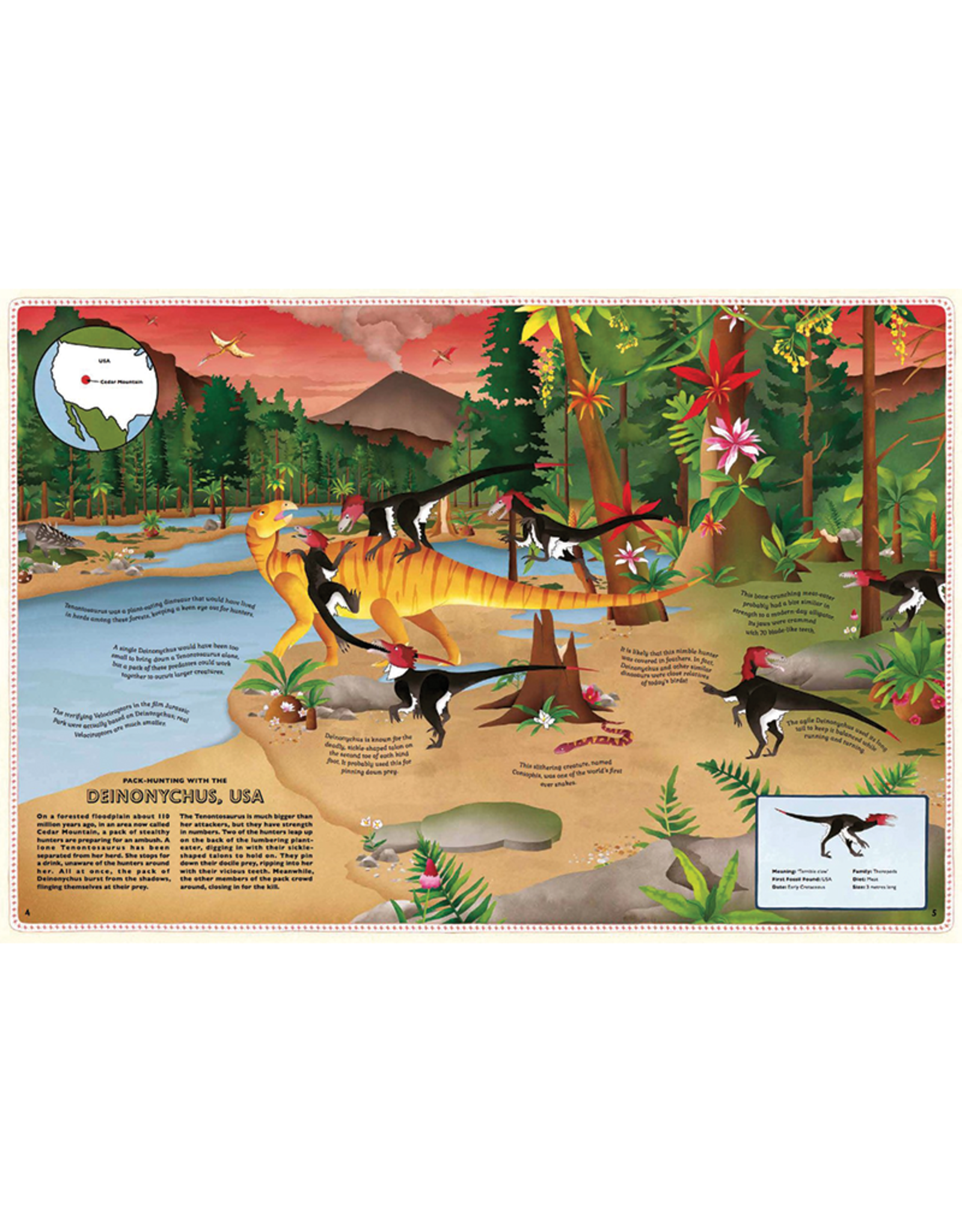 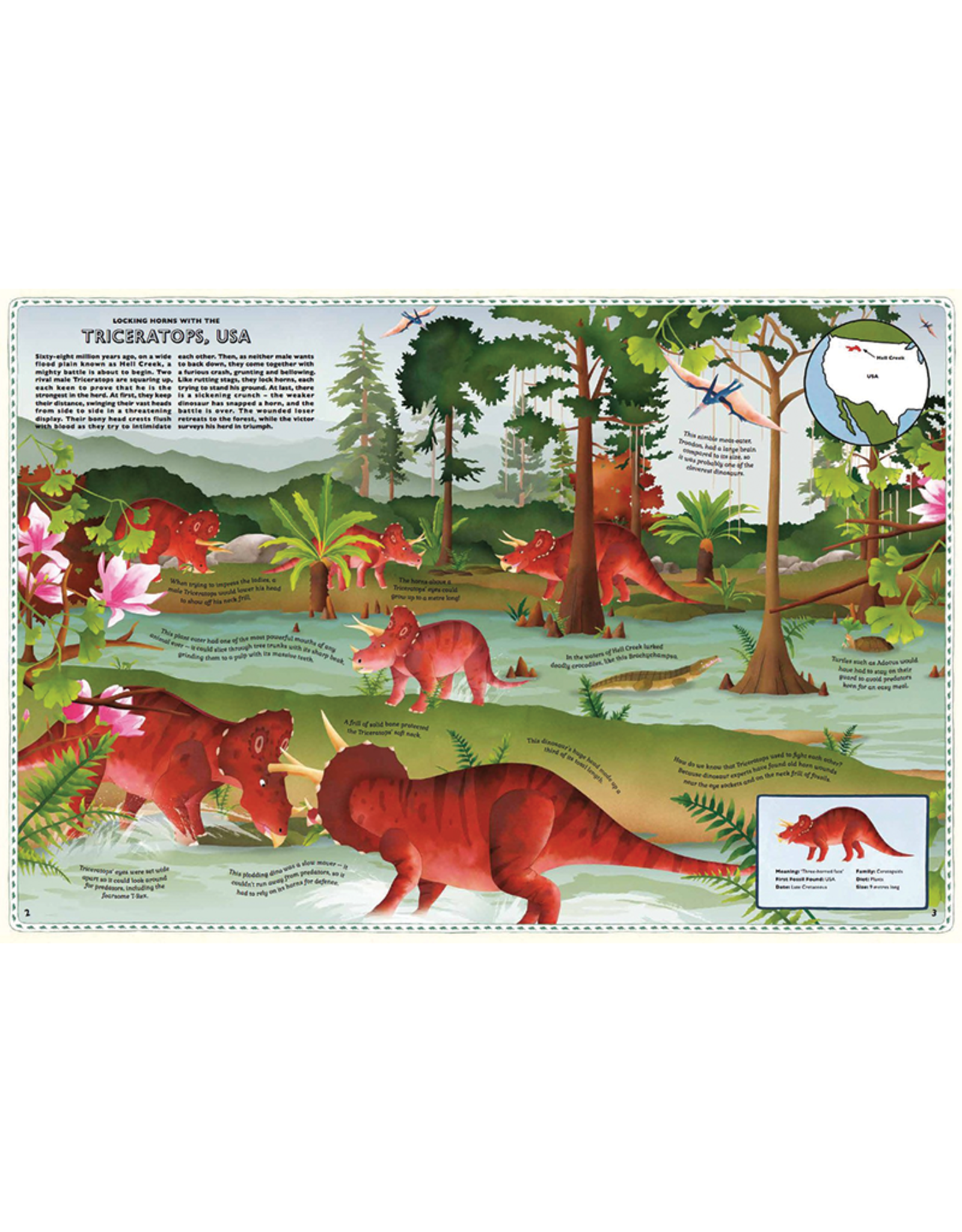 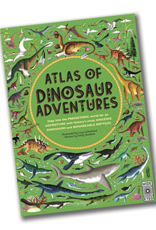 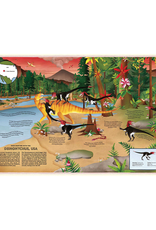 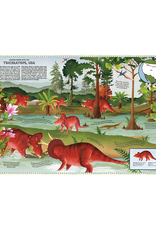 Altas of Dinosaur Adventures:  Step Into a Prehistoric World

From the team behind the best-selling Atlas of Adventures comes this prehistoric journey of discovery. Travel back in time to lock horns with a triceratops, stalk prey with a T. rex, and learn to fly with a baby pteranodon. With hundreds of things to spot and facts to learn, this is the biggest  adventure yet!

Discover the reptiles that ruled the world in the Triassic, Jurassic and Cretaceous periods, alongside deep-sea monsters and other incredible flora and fauna. Each section begins with an infographic map of the region it explores, followed by richly detailed two-page spreads featuring the dinosaurs whose fossils were discovered there. Come face-to-face with the shark-hunting Mosasaurus, the enormous Argentinosaurus and the ferocious Spinosaurus, and learn all about their appearance, behaviour and habitat.

Children and adults alike will be amazed by the prehistoric adventures awaiting in this book, an essential addition to any dino-lover's shelf.

Emily Hawkins is a writer and editor of children's books including Oceanology, as well as several other titles in the Ology series, which has sold over 16 million copies worldwide. She holds a first-class English degree from Nottingham University, and now lives in Winchester, England.