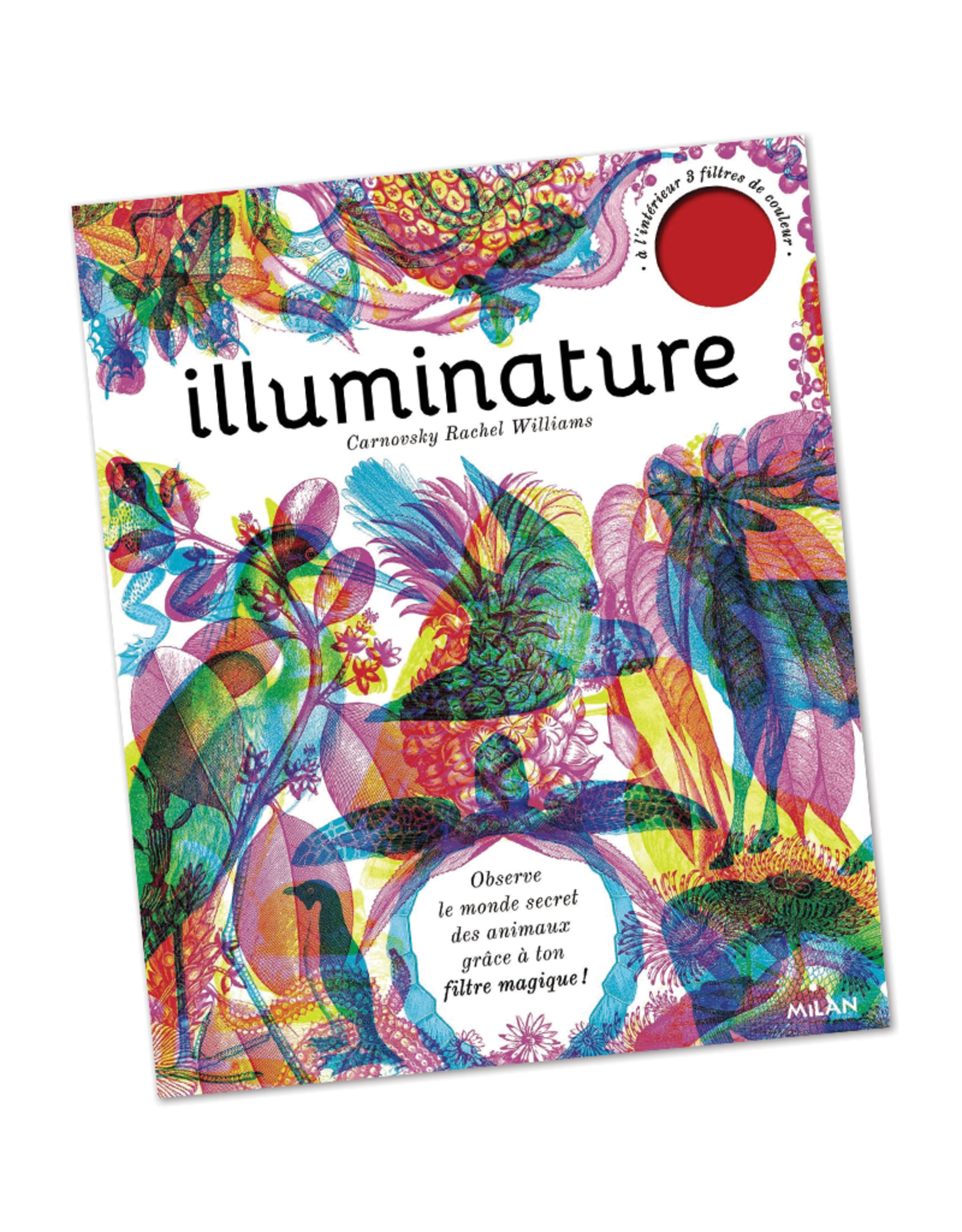 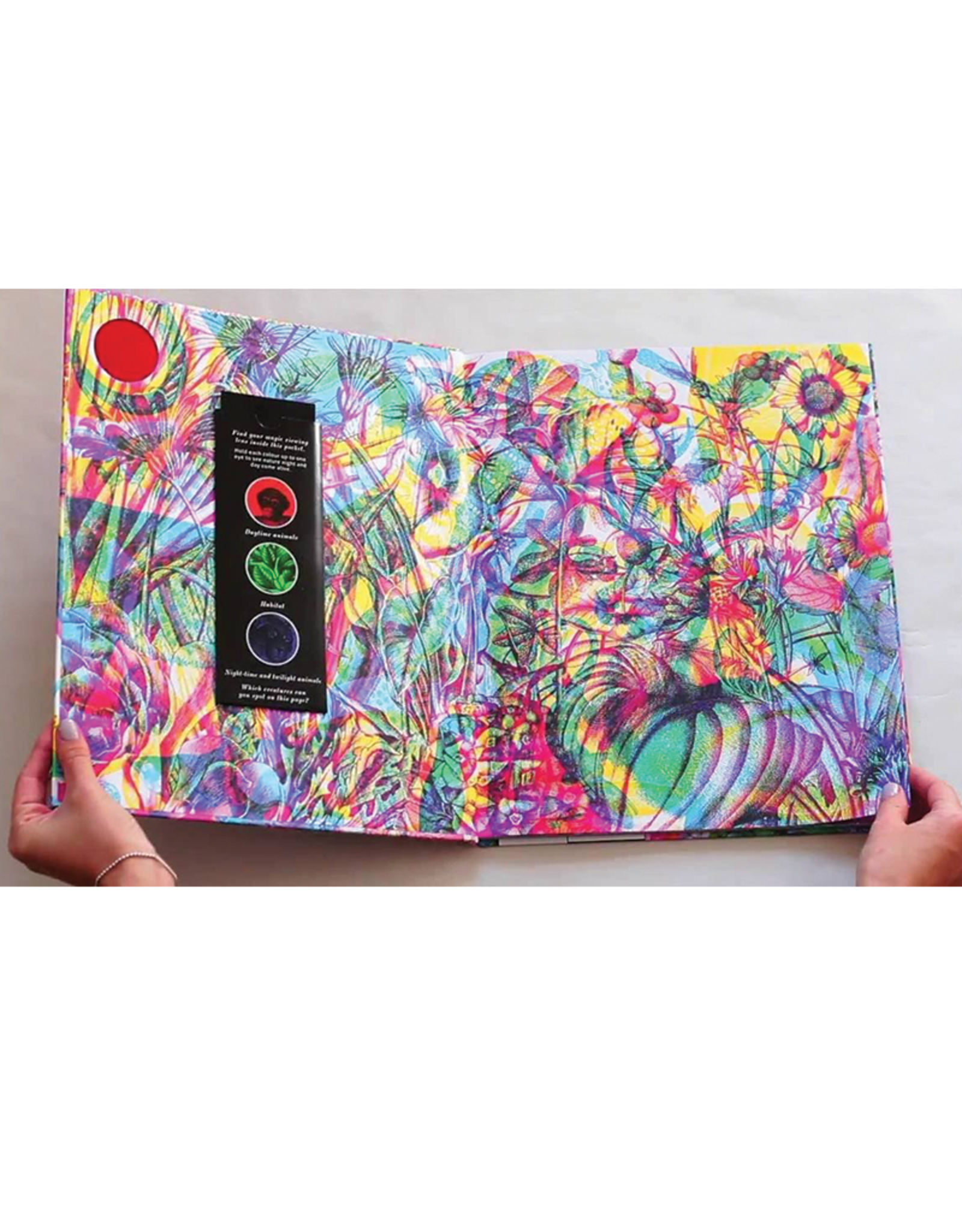 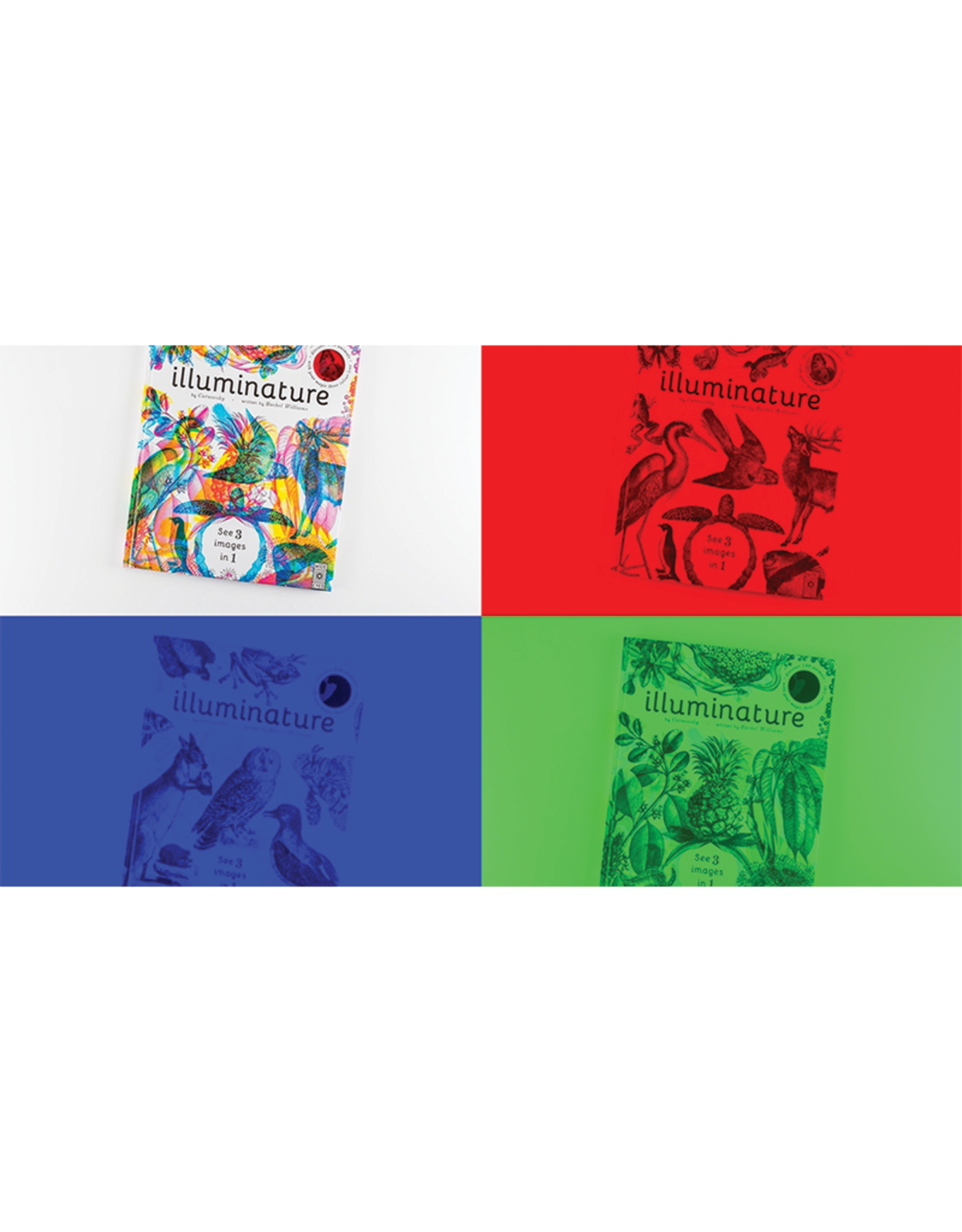 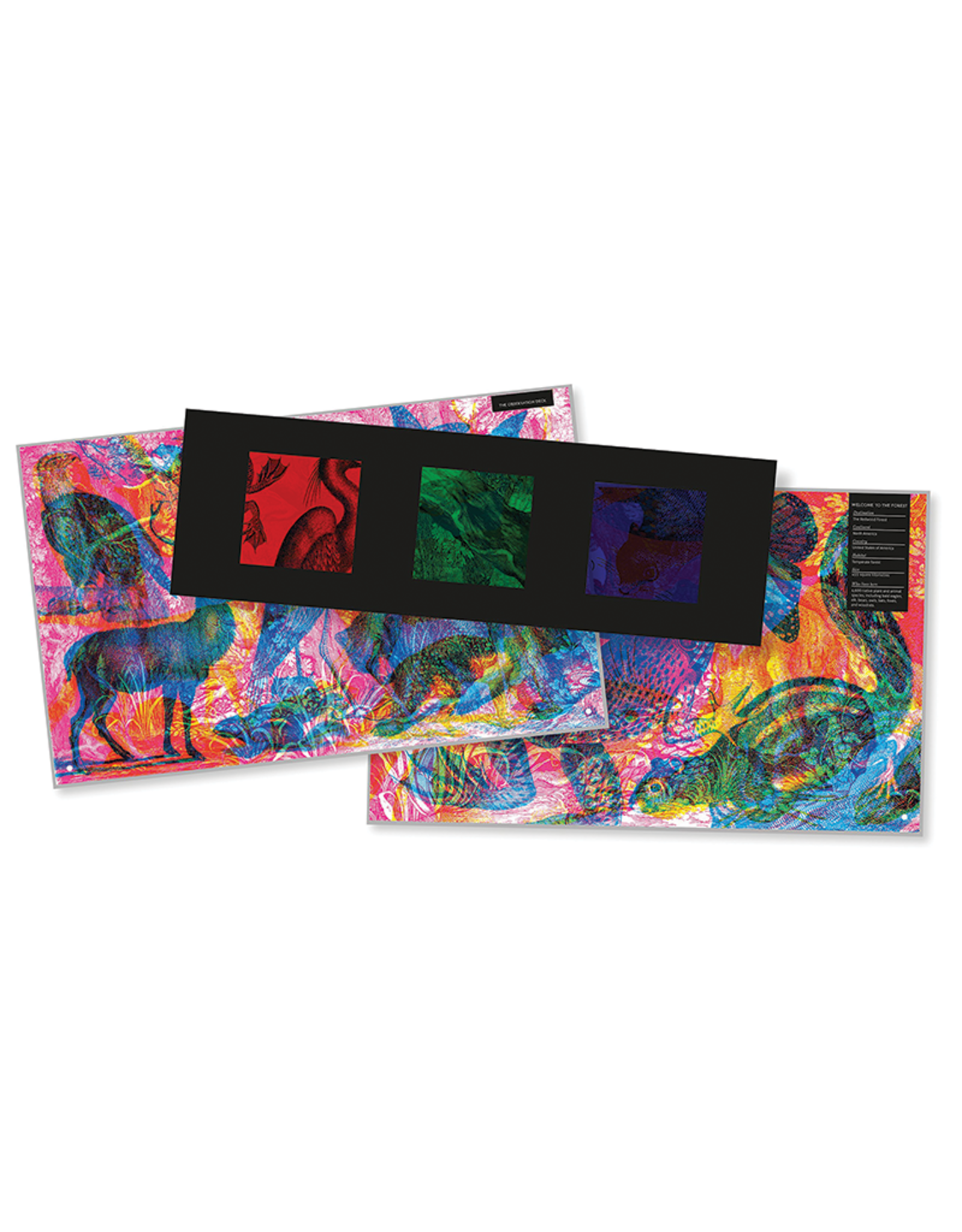 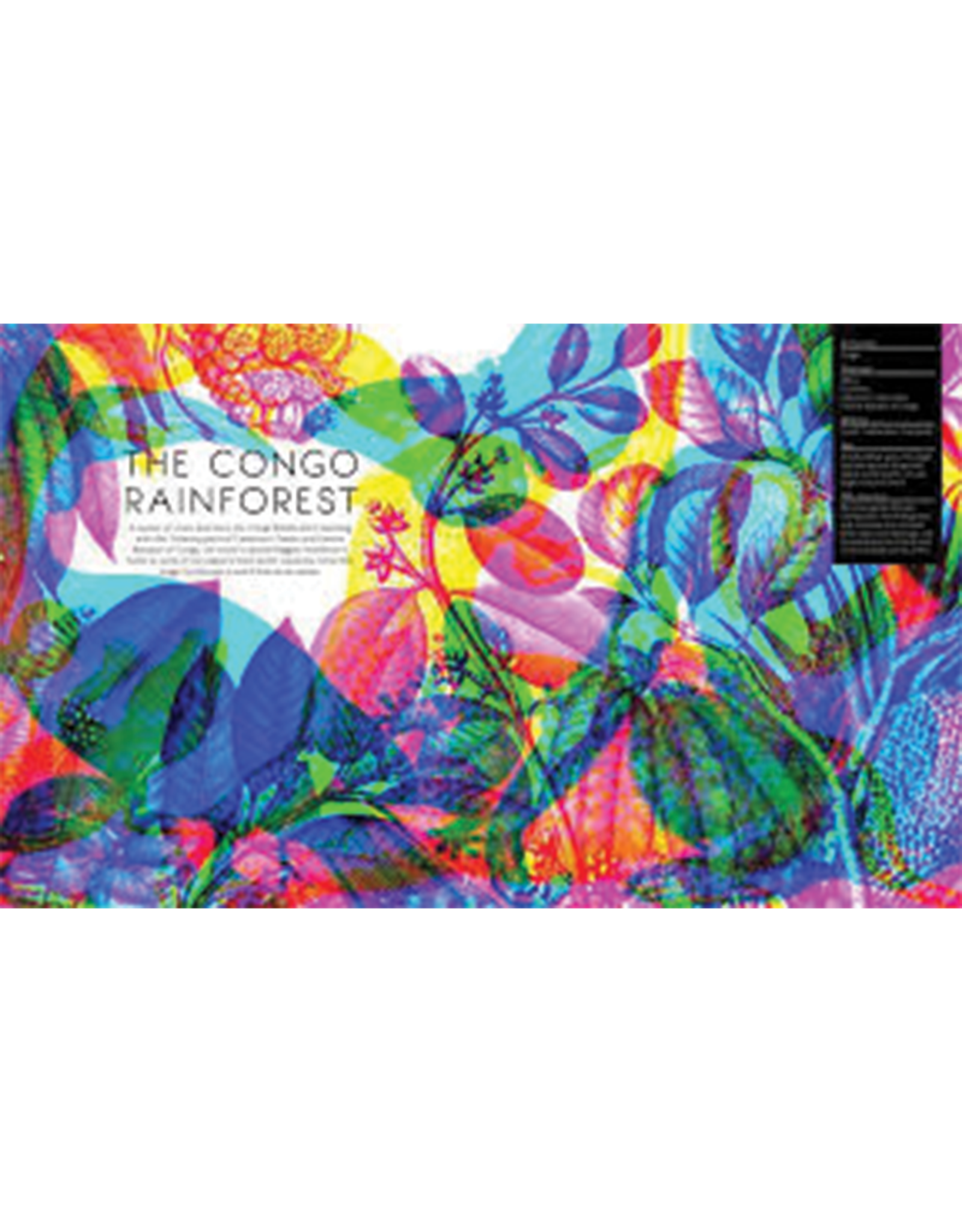 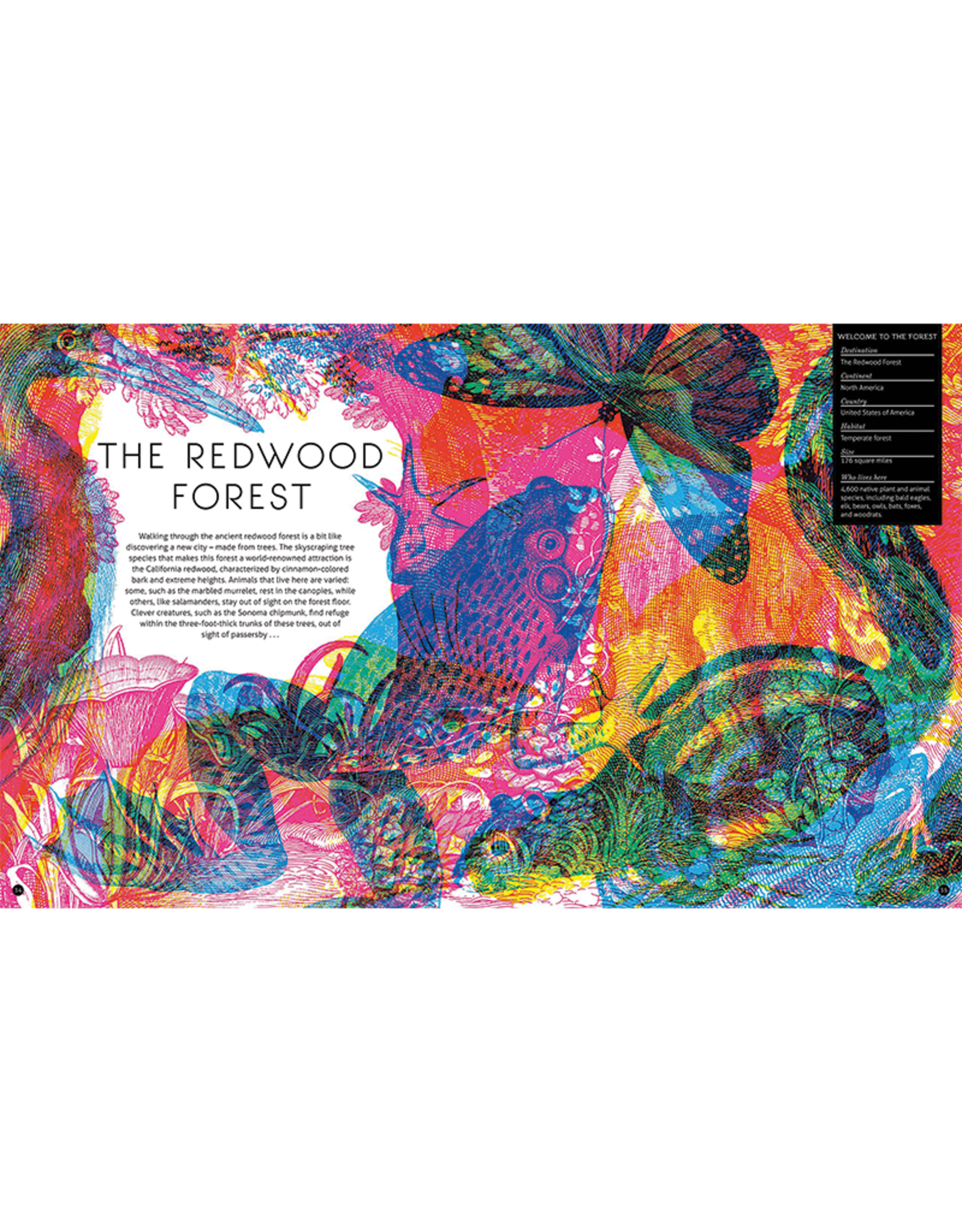 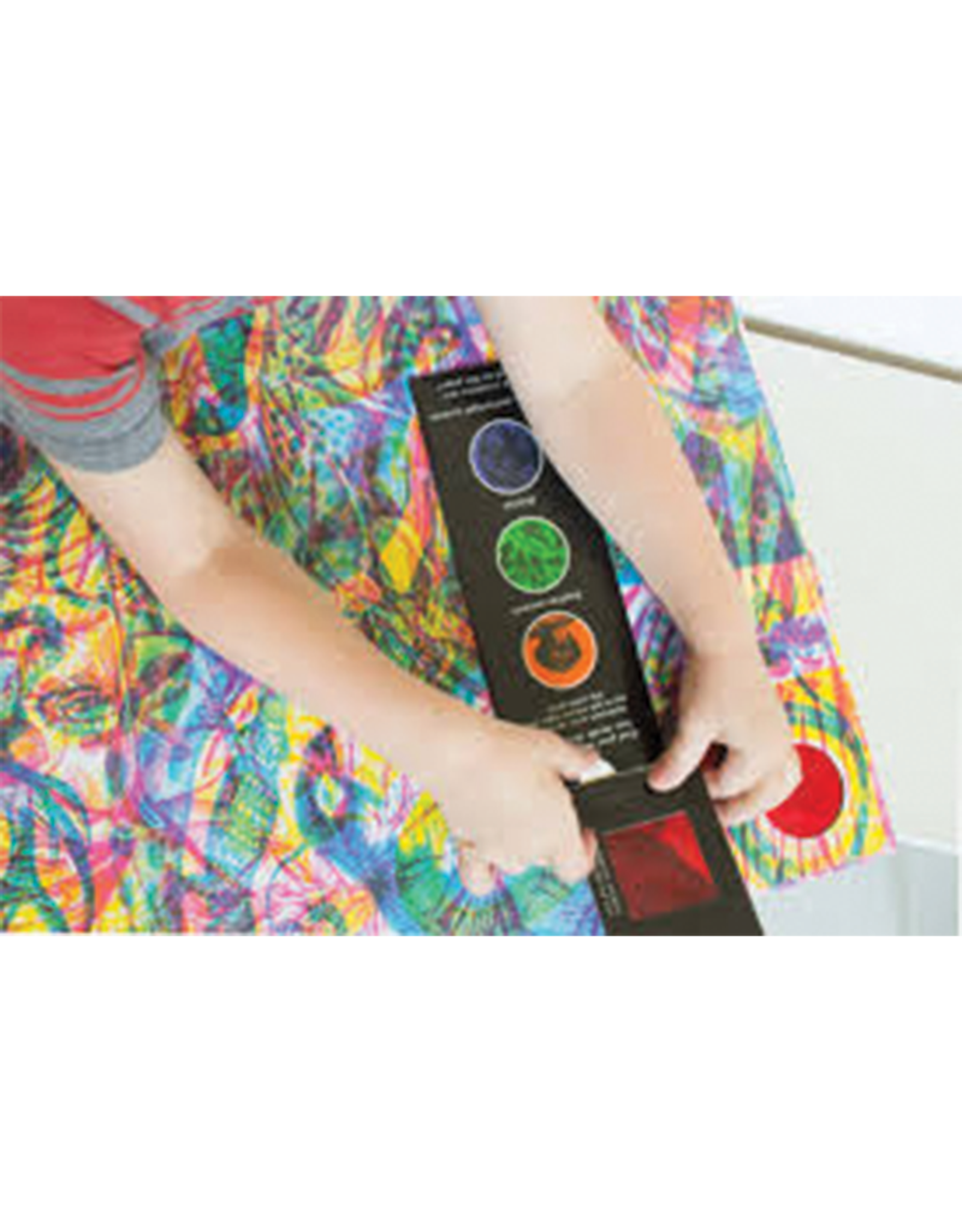 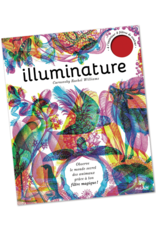 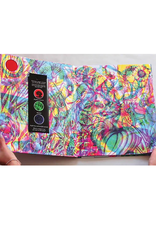 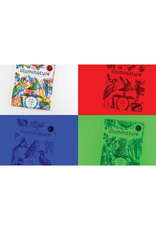 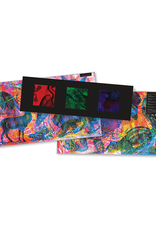 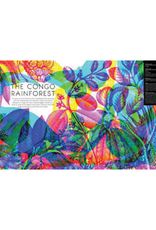 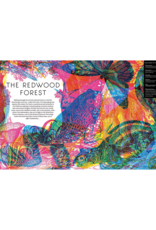 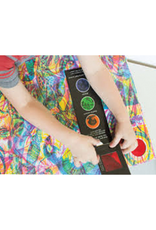 Explore ten of the world's most diverse environments and reveal their hidden secrets with a magic, three-colored lens that illuminates each page in a kaleidoscope of color.

Discover the dark and mysterious creatures of the night, whose super-sensory powers allow them to live and survive in the shadows, then switch the lens to step into daylight, where the heat of the sun supercharges the secret lives of creatures big and small. Finally, use the third lens to reveal the luscious plant life of every habitat as you travel through a jungle, a reef, grasslands, woodland and uncover a world that never sleeps.

Rachel Williams is the award-winning author of Atlas of Adventures. She lives and works in London.

Milan-based design duo CARNOVSKY was started by Silvia Quintanilla and Francesco Rugi in 2007. They have gained wide recognition for their R-G-B project, first displayed in 2010. Their work has been published in magazines around the world, such as Vogue, Wired, Frame, Wallpaper, Elle Decor, and Whitewall. Their wallpaper 'Jungla' won the 2012 Wallpaper Magazine Design Award for Best Wallpaper.