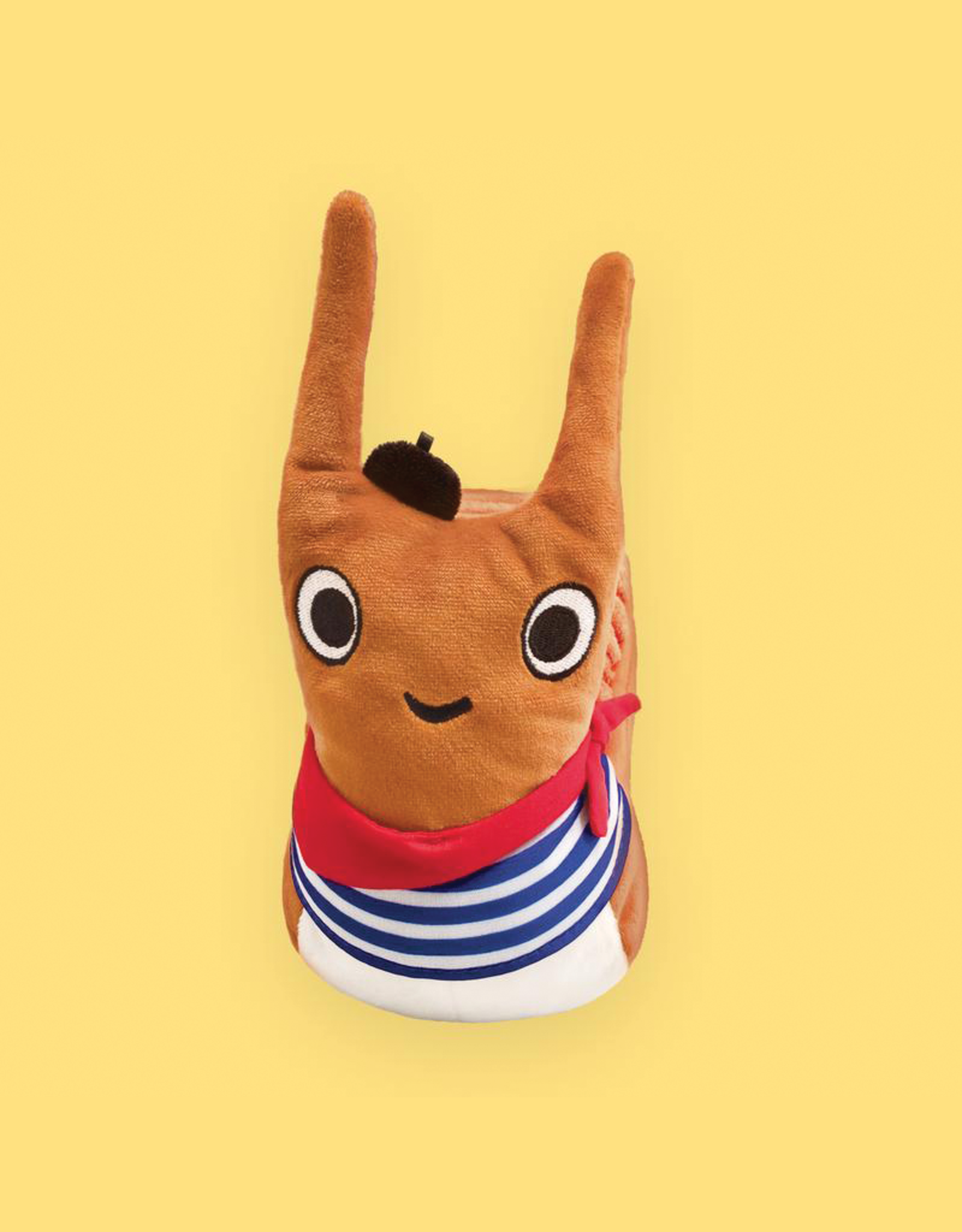 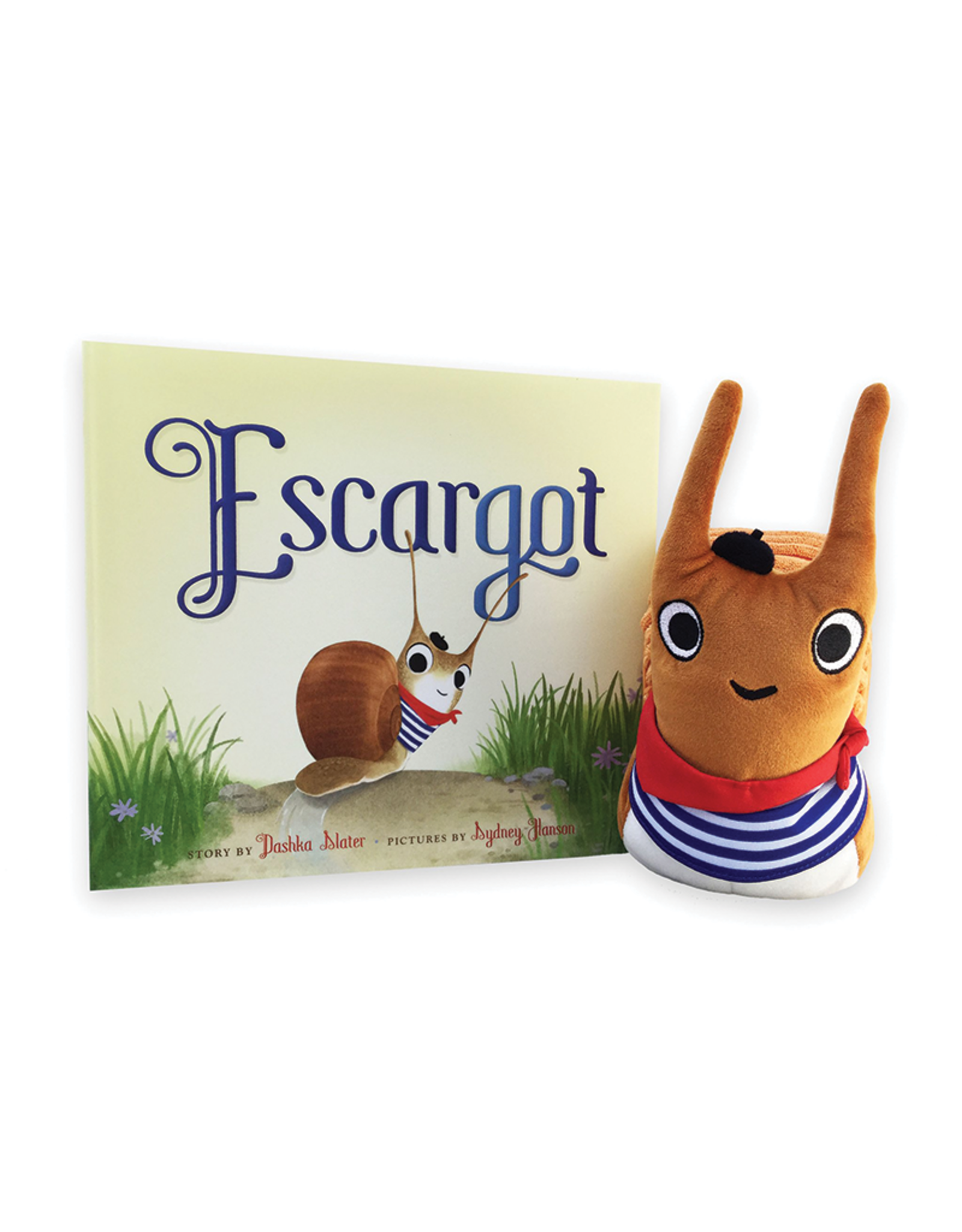 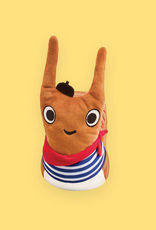 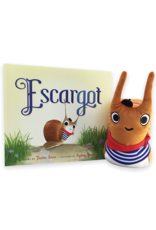 Say ‘bonjour’ to the French snail, Escargot, your charming guide through the enchanting stories Escargot and A Book for Escargot by Dashka Slater and Sydney Hanson.

This friendly snail with big eyes and a warm smile is picture-perfect. Topped with a black beret, red scarf, and soft corduroy shell, Escargot is ready to join your next storytime. Could he be your new favorite friend?

Dashka Slater, author, is the New York Times-bestselling author of The 57 Bus which also won the Stonewall Book Award and was a YALSA finalist. She has also written many other books, including Escargot which won the Wanda Gag Book Award, Baby Shoes, The Antlered Ship, which was a Junior Library Guild Selection and received four starred reviews, and Dangerously Ever After. She lives in California.

Sydney Hanson, illustrator, was raised in Minnesota alongside numerous pets and brothers. She has worked for several animation shops, including Nickelodeon and Disney Interactive. She lives in California. 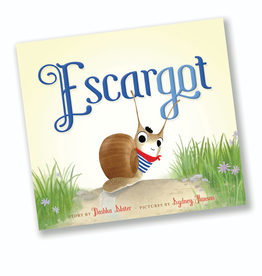 Escargot is a beautiful French snail who wants only two things: to be your favorite animal. and to get to the delicious salad at the end of the book.
Add to cart
Escargot
$16.99 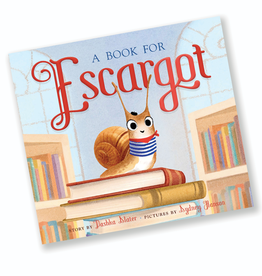 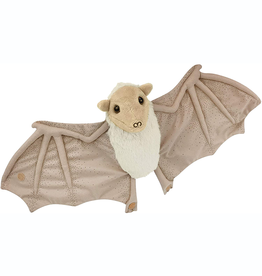 This soft and sweet Stellaluna Doll is a plush baby bat, made to wrap up tight for sleep or stretch out and fly. Interactive and cute, this is a lovely toy for baby-bat fans!
Add to cart
Stellaluna Plush Doll
$15.99 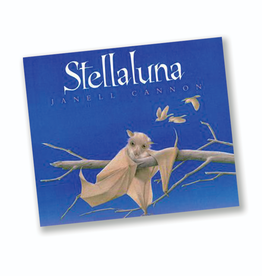 Celebrate the twenty-fifth anniversary of Stellaluna with a deluxe edition of this bestselling picture book classic, now with bonus crafts and activities! Knocked from her mother’s safe embrace by an attacking owl, Stellaluna lands headfirst in a bird’s n
Add to cart
Stellaluna
$18.99